At first blush, the FAA’s prohibition of contributions to a volunteer pilot’s costs to operate their aircraft in the service of a volunteer pilot organization (VPO) seems counterintuitive.  The ban is nearly absolute and maintains that the pilot may not accept financial or any contributions from the recipients of the flying services or from the VPO under which they fly.

Under 14 CFR §61.113(c), the rule is thus: “A private pilot may not pay less than the pro-rata share of the operating expenses of a flight with passengers, provided the expenses involve only fuel, oil, airport expenditures, or rental fees.” This severely restricts how private pilots flying charitable missions pay for the costs of their good works.

Behind this measure is the FAA’s desire to prohibit private pilots from acting as PIC of an aircraft for compensation or hire, or carrying persons or property for compensation or hire, except under certain limited exceptions.  If compensation were permitted more broadly for private pilots under Part 91, the FAA believes it could open the floodgates to unregulated commercial operations in the sky, undermining the rules for air carriers and charter operations in 14 CFR Parts 119 and 135, which according to the FAA provide a higher level of safety for commercial operations.

One way to obtain a very limited exception to 14 CFR §61.113 is an exemption granted under Part 11 of Title 14 of the Code of Federal Regulations (14 CFR Part 11).  This section provides a means for a member or members of the flying community (the petitioner) to seek their own carveout from a Federal Aviation Regulation. Such an exemption, if granted, is limited to the petitioner and for a fixed period, and sets forth the requirements for exemption from regulations.  In this author’s experience, obtaining an exemption from 14 CFR §61.113 to allow for the reimbursement of fuel used in conducting the charitable flight helps attract more and better qualified pilots to assist with a VPO’s mission.

The process is surprisingly streamlined and may be completed online or by mail.  Best of all, it is free!  It begins with a concise statement of purpose.  Essentially, the Petitioner will seek an exception to the rule and provide a statement that includes the preceding elements and as much documentation as necessary to give the Administrator firm footing on which to rule.  For instance, the 501(c)3 paperwork and any evidence of the flights contemplated will be of use.

If granted, the FAA will issue a grant of exemption document that contains several conditions or limitations that must be complied with for those operations conducted pursuant to the exemption.  Examples typically include certain minimum experience requirements for pilots, limitations on the number of flights a pilot may perform in a given time period, and producing certain records concerning reimbursements to the FAA upon request.

The reasons pilots may seek an exemption are many, but the successful petitions are few.  Historically, medical flights have had the greatest success in seeking 14 CFR 61.113 exemptions.  Angel Flight of New England, Inc. received Exemption No.10360, Angel Flight MidAtlantic/ Airlift Hope of America/Mercy Medical Airlift together received Exemption 10009, Mercy Flights Southeast, Inc Exemption No. 10513A, Patient Airlift Services received Exemption 10294 and others as well.  All of these provide medical airlift services and have a proven track record of safety and compliance with the FARs.

Flights for veterinary patients fared less well, with HelpFourPaws, being denied an exemption (10194) as well as Pittsburgh Aviation Animal Rescue Team (18056).  The Administrator determined that the benefit accruing from treating domestic animals was not sufficient cause to deviate from the statute.

However, the Administrator made an exception for Turtles Fly Too, Inc. under Exemption 107787 stating, inter alia, that the value of preserving the natural resource represented by the rare sea turtles was different than that the benefit to mere house pets.  This stood on the shoulders of the more famous case of Operation Migration, (10429A and 10984), which allow persons holding a sport pilot certificate to operate weight-shift-control aircraft certificated under 14 CFR § 21.191(i) for compensation or hire to facilitate the migration of endangered whooping cranes.  You know it as the basis for the movie, “Fly away Home.”

These exemptions were deemed to be in the public interest, largely because they are consistent with the federal government’s role as steward of the lands and critters. Notably industrialization, encroachment on wild lands, and the general Anthropocene climate change have put many wild populations at risk.  Citizens are well within their rights to ask the government to make the road easier for concerned pilots to help assess and address some of this damage.

The best advice for a would-be petitioner is to prepare an outline of your argument and marshal supportive materials.  Write the Petition, which may be in letter form, and cite other exemptions that agree with your premise.  These are regularly published in the federal Register and may be researched there.  Edit twice and submit.  If you have questions, the office that accepts these requests is very helpful. 1-866-TELL-FAA (1-866-835-5322).

Adam Silverstein was born in Ohio, and raised on City Island in the Bronx.  He attended college at the University of Chicago and law school at Cardozo in New York City, with a BA in English.  His profession echoes the things he loves in life to the extent that he fixes problems.  The gearhead in him is attracted to the intractable. In this way, a seized rod can be akin to a dug-in adversary.  It will require patience, penetrating oil and carefully applied force. 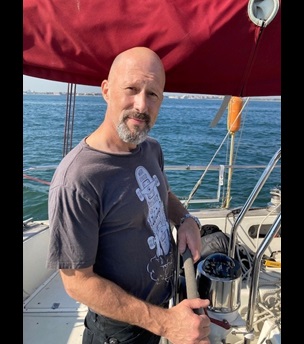