Resources A Symbiotic Relationship Between Biorhythms and Your Medications Regimen

A Symbiotic Relationship Between Biorhythms and Your Medications Regimen

We have all categorized ourselves as a morning person or night person. We seem to be at a higher level of alertness and energy during our self-designated time of day. 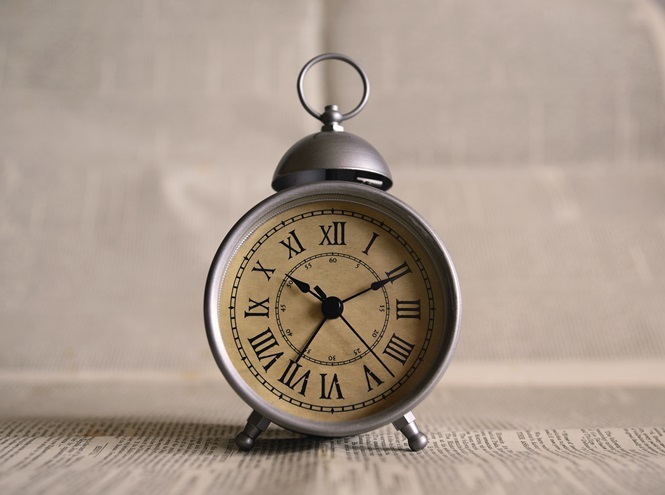 I am a person who takes into account the holistic approach of medication therapy. I feel we can also see our medications as morning or evening pharmacologic entities. We have learned to take advantage of our circadian rhythms to address certain disease states for optimal medication efficacy outcomes. This process is called chronopharmacology.

Chronopharmacology is the science of understanding the timing of the body’s biologic clock cycle and recognizing the best time of the day to administer a medication. The endpoint is maximizing the health benefits and minimizing the medication side effects. The primary biorhythm for pharmacology is the circadian rhythm. This is a 24-hour biorhythm. The circadian rhythm affects biochemical, physiological and behavioral processes in the body. Some of the biological activities affected by circadian rhythms are body temperature, neuronal activity, hormone synthesis, cell regeneration, and many others.

The pilot in command of this process is the suprachiasmic nucleus (SCN) which is located in the anterior hypothalamus in the brain. Our circadian rhythms are also controlled by clock genes that turn cellular processes and receptors on and off throughout the day. I have taken advantage of knowing when to give medications in cardiovascular disease, bronchial asthma, peptic ulcer disease, cancer and chemotherapy.

I have been teaching this concept to patients since 1993 with some pretty good outcomes in their quality of life. My first encounter with chronopharmacology came when I was asked to teach 325 pharmacists about the pathophysiology of asthma. I also spoke on how to maximize patient outcomes with the use of inhalers and corticosteroids. Corticosteroids are medications that decrease the inflammatory process of asthma.

Asthma is a chronic lung disease where the airways in the lungs get inflamed and constrict. There is also an increased production of mucus. This event, referred to as an asthma attack, causes sudden shortness of breath. If the asthma attack is not stopped with a rescue inhaler and anti-inflammatory medications, the person is at risk for becoming hypoxic (low amount of oxygen in the body), which could lead to sudden death. Common causes of asthma attacks are cold air, allergens and stress.

The treatments of choice for asthmatics are anti-inflammatory inhalers to prevent asthma attacks and rescue inhalers to use if an attack occurs. Asthma is about inflammation, inflammation and inflammation. The first line medication for asthma is corticosteroid inhalers. An inhaler is the perfect device to get a corticosteroid directly into the lungs. A few of the common steroid inhalers include fluticasone proprionate (Advair®), betamethasone (Qvar®) and budesonide/formoterol fumerate dihydrate (Symbicort®). Symbicort® is a combination of a corticosteroid and beta2 agonist. Formoterol fumerate dihydrate is a beta2 agonist that works directly on the muscles surrounding the airways. Formoterol fumerate will stop the constriction of the airways and allow oxygen to get transported into the lungs. The beta2 agonists are known as bronchodilators. The bronchodilators are short acting and are also used alone as rescue inhalers for acute asthma attacks.

Typical doses of steroid inhalers are two puffs in the morning and evening. It has been shown that cortisol levels are lowest around 6 p.m., and that giving inhaled corticosteroids had better long-term outcomes for patients with asthma if given once a day versus twice a day (Drugs. 1999;58 Suppl 4:25-33). Administering inhaled corticosteroids once a day at 3 p.m. gives the patient the benefit of increased compliance and better physiological levels of corticosteroids in the circulatory system. This frequency and time of day dosing gives the patient the best chance to prevent asthma attacks. A barrier to this approach is the inconvenience of administration at 3 p.m., especially if the patient is at work or in school.

The oral corticosteroid prednisone can also be used for asthma in addition to inhalers. The data for prednisone is very small when dosed once a day at 6 p.m. Theophylline (Theodur®) is an oral medication that relaxes smooth muscles around the airways. It is dosed once a day and best given between 6 and 7 p.m. to prevent nocturnal and early morning asthma attacks (Glob J Allergy 2(1): 003-009).

Hypertension, if left uncontrolled, could potentially increase a person’s risk for cardiovascular disease (CVD) events. These events include stroke and heart attack. There are trials that evaluate a full 24-hour blood pressure period in study patients. It has been discovered that there is a patient population who will not have a blood pressure drop when asleep. These folks are in a patient population who experience the “normotensive non-dipper paradox.” A study of 3,344 patients compared administering antihypertensive medications at night versus day dosing. This study showed a decrease of cardiovascular events when administering antihypertensive medications at night for the non-dipper study patients (Chrono biol Int. 2013 Mar;30 (1-2):87-98).

The antihypertensive medications that were more effective at night were the calcium channel blockers nifedipine (Procardia®), nisoldipine (Sular®), amlodipine (Norvasc®) and diltiazem (Cardizem®). The angiotensin-converting enzyme inhibitors (ACEI) were shown to be highly selective at inhibiting the enzyme system that increases blood pressure during nighttime sleep. Medications found in this category include lisinopril (Zestril®), captopril (Capoten®), enalapril (Vasotec®) and ramipril (Altace®). The same phenomena are seen in the angiotensin-II receptor blockers called ARBs. The medications in this category include valsartan (Diovan®), irbesartan (Avapro®) and olmesartan (Benicar®). The most common dosing schedule I see used in practice is morning administration.

Another cardiovascular medication dosing that takes into account circadian rhythms are anti-cholesterol medications called statins. The early statins, lovastatin (Mevacor®), Fluvastatin (Lescol®), simvastatin (Zocor®) and pravastatin (Pravacol®) are all recommended to be taken at night. The reason for this is that cholesterol is produced when our dietary intake is at its lowest, which is nighttime. Atorvastatin (Lipitor®) and rosuvastatin (Crestor®) can be administered in the morning, as they are longer acting statin medications.

I hope I have stimulated your gray cells, as Hercule Poirot of Agatha Christie fame has said. I like to take a holistic approach to medication administration. I have taken advantage of our biorhythms and added this knowledge to my decision tree for administration times of medications. This approach is not for everyone, of course. Our bodies are telling us much and sometimes we have to sit back and listen. Be well and safe.