Resources What Could Possibly Go Wrong

How did an anonymous tip about “probably some sort of unregulated charter” by an aircraft that was “probably overloaded” turn into a proposed Civil Penalty of more than $17,000 based solely on an alleged finding of the operation of an aircraft that was not in “an airworthy condition” and that has not “been approved for return to service by” an A&P? 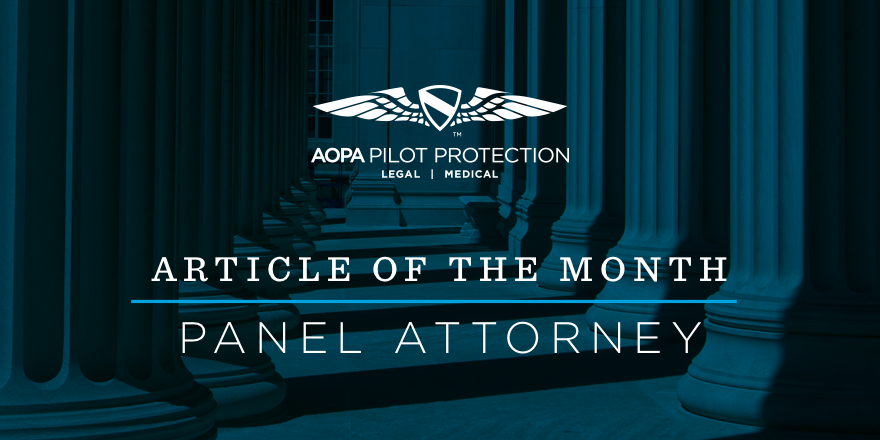 “This aircraft consistently loads every inch of the aircraft with freight or passengers, taking every inch of the runway to take off (probably overloaded) back and forth to the Bahamas probably as some sort of unregulated charter.”  (emphasis added)

The FAA’s Notice of Proposed Civil Penalty (NOPCP) listed the alleged violations arising from its investigation of this anonymous “hotline” complaint, in their entirety, as:

“ . . . , it appears that [the owner of the aircraft] violated the following Federal Aviation Regulations:

b. 14 C.F.R. § 91.407(a), which states no person may operate any aircraft that has undergone maintenance, preventive maintenance, rebuilding, or alteration unless it has been approved for return to service by a person authorized under § 43.7 of this chapter; and the maintenance record entry required by § 43.9 or § 43.11, as applicable, of this chapter has been made.”

The Notice of Proposed Civil Penalty to the Owner of the Aircraft concluded:

After reviewing all of the information contained in our investigative file, we propose to assess a civil penalty in the amount of $17,416.50.  (emphasis added)

Wait!  What?  How did an anonymous tip about “probably some sort of unregulated charter” by an aircraft that was “probably overloaded” turn into a proposed Civil Penalty of more than $17,000 based solely on an alleged finding of the operation of an aircraft that was not in “an airworthy condition” and that has not “been approved for return to service by” an A&P?

This was the question that the owner of the aircraft (who, luckily, had been a long-time member of the AOPA Pilot Protection Services program) had for the author.  It was a very good question.

A few things that you need to know to start to understand what happened:  a Limited Liability Company (LLC) was the registered owner (“Owner”) of a very old Piper PA-32 “Cherokee Six” aircraft, which was the subject of the anonymous hotline complaint.  The aircraft was based in South Florida.  The alleged flight that the hotline tip complained of originated out of Palm Beach County Park Airport at Lantana (KLNA). KLNA is a non-towered airport with three runways, the longest of which is less than 3,500’ long.  “Illegal charter” is, and has been, an “area of special emphasis” for the Flight Standards District Offices (FSDO’s) around the country.  The South Florida FSDO at Miramar, Florida (FSDO 19) has a reputation as being an ‘aggressive’ FSDO.

A few other things you should know:  When the Aviation Safety Inspector (ASI) received the anonymous hotline complaint, he requested that U.S. Customs and Border Protection put the N-number on their “watch list” and notify him when the aircraft landed in South Florida from any overseas trip.  When the aircraft landed at Fort Lauderdale International Airport (FLL), Customs notified the ASI.  The ASI then performed a ramp check of the aircraft.  He found the pilot and one passenger in the aircraft with only the two front seats installed.  The second and third row of seats (four seats total in this aircraft) were not installed.  The aircraft was otherwise empty.  There were two written weight and balance cards in the aircraft:  one for flight with just the two front seats installed, and the other for flight with all six seats installed.  The ASI found no evidence of charter of any kind – legal or illegal.

The ASI then sent a letter to the Owner on FAA stationery that stated:

The Federal Aviation Administration (FAA) has investigated an alleged violation that reportedly occurred on Friday, May 3, 2019.

This letter is to inform you that the investigation did not establish a violation of the Federal Aviation Regulations and you may consider this matter closed.

Since then, the aircraft has never been operated without all six seats installed.

Nevertheless, on June 16, 2020, an attorney from the Miramar Enforcement Team of FAA sent the Owner the Notice of Proposed Civil Penalty referred to above, alleging that the aircraft had been operated in an unairworthy condition on May 3, 2019, because the rear seats had not been installed at the time of the flight.  There was no reference to illegal charter in the NOPCP.  (The actual date was July 3, 2019.  The NOPCP was subsequently amended to show the proper dates.)

When this was pointed out to the FAA attorney, she responded that the letter was only with regard to the red tag for the manner in which the aircraft was found at Customs.  The NOPCP, however, was for the flight without the seats installed. And so began a year-long saga of frustration trying to convince the FAA that there was nothing wrong with flying a PA-32 type aircraft with some or all of the rear seats removed.

Dozens of hours of attorney time were spent to resolve this matter, and the Owner was glad they had the AOPA Pilot Protection Services program which includes benefits for certain FAA enforcement cases.  Ultimately, this author worked with AOPA’s General Counsel and the General Counsel of the General Aviation Manufacturers Association (GAMA) to try to make the FAA see reason.

For the rest of the story, and the legal analysis, please read Part 2 next month. 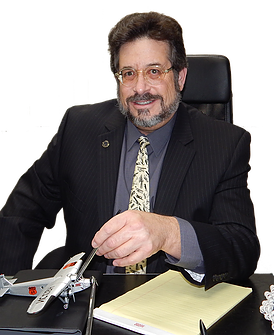 Charlie Morgenstein is a Board Certified Aviation Attorney, an instrument-rated private pilot with over 1000 hours, and the former owner of a Piper Cherokee Lance. He has been a panel attorney for AOPA since 2004.  Charlie devotes his law practice exclusively to helping pilots and members of the aviation community. MMO Legal Services, LLC. is based in Boca Raton, Florida.