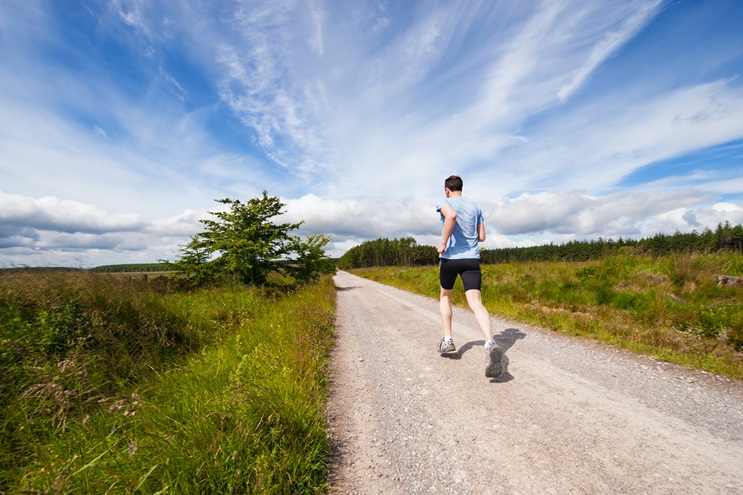 Statistically CAD accounts for 1 in every 4 U.S. deaths. One person dies every 36 seconds in the United States from cardiovascular disease; that adds up to about 900,000 deaths each year. The financial burden to our healthcare economy is also staggering. The price tag of heart disease in the United States is more than $375 billion annually and includes the cost of health care services, medicines, and lost productivity due to death. In our American population, more than 18.2 million adults age 20 and older (about 7% of the population) will develop new onset of cardiovascular disease each year. With that prevalence, it’s certainly no surprise to those of us in the AOPA medical service that CAD is the most common topic of questions we receive and concerns among our pilots. Unfortunately, CAD and its complications are also the most common cause of loss of FAA medical certification.

In my day job as a heart surgeon I’ve seen the inside of many thousands of coronary arteries filled with all kinds of atherosclerotic goo. I mean that quite literally; atherosclerosis means “hardening of the arteries” and those hard deposits (we call them “plaques”) can fracture and block small arteries, but that’s just one of the problems. The other problem is the loose gooey stuff that builds up on diseased arteries and causes “athero-emboli,” literally little cannonball plugs of goo that launch off those plaques and acutely block downstream arteries. That’s what we all call a “heart attack,” where we are literally attacked from the inside by our own physiology.

The old mantra of the “healthy lifestyle,” brutal diets, exercise and stress reduction to avoid this common problem is too well known to all of us and we try to abide by at least some of its principles. But for a long time in my professional career I noticed that this story didn’t always hold true. Some people who did everything seemingly “wrong” – smoking, lots of late nights filled with beers and steaks, couch potato lives, etc. – lived long healthy lives free of CAD and some young patients who did everything seemingly “right” ended up with early need to coronary artery bypass surgery, or worse. One of the most common questions I’m asked by these young otherwise healthy folks is, “Why me? I’ve done everything they told me to do.” It’s a great question since there’re lots of examples on both sides; those who did everything wrong and never had an issue and those who did everything right but ended up in the cardiac cath lab or the operating room.

The poster child, and one of the earliest advocates of the exercise craze to avoid heart disease, was Jim Fixx. He was one of millions of Americans in the 1980s who exercised (in his case running) like crazy as a way to avoid cardiovascular disease. He even wrote a best-selling book, The Complete Book of Running, about his lifestyle. Unfortunately, it didn’t do him much good. In a kind of sad irony, he died while out running at the tender age of 52, from (yup, you guessed it) a heart attack. Fixx and other exercise advocates believed heart disease resulted from “over-civilization” and recommended running as a cure. For Fixx, and those who adopted his ideas, running wasn’t merely physical exercise; it was their whole way of life that included “all the right things” for long, healthy lives. A lot of these zealots, who were sometimes doctors themselves, preached that we should learn to listen to our bodies instead of any medical advice. That didn’t turn out to be very good advice, and Fixx’s obsession offers an explanation for his seemingly irrational behavior of continuing to run even while having chest pain (angina). The Washington Post ran an editorial at the time entitled “The Jim Fixx Neurosis: Running Yourself to Death” that pretty much said everything that needed to be said.

Don’t get me wrong, I’m a healthy lifestyle advocate for myself as well as everyone else, and I get a good workout in every day that my schedule allows. Still, Fixx’s story makes it clear that the answer to avoiding CAD is more complicated than just eating right, avoiding red meat, and chilling out as much as possible. The missing piece of the puzzle that I didn’t know about early in my surgery career turns out to be genetics. Without knowing much of the details, doctors have known for a long time that there are genetic links to lots of diseases; that’s why at every medical exam you ever had you filled out a questionnaire that included a detailed “family history.” There’s also nothing new about genetics, which dates all the way back to the 1860s when an Austrian monk named Gregor Mendel used his free time to observe the monastery garden pea plants and identified dominant and recessive hereditary traits. In his honor, the name “Mendelian genetics” was given to the science of inheritance, understanding why we have blue eyes or dark hair and why naked mole rats don’t have any hair at all.

In more recent times, these simple models of genetics have given rise to the amazing science of genomics. Using incredibly sophisticated gene sequencing technology, scientists are now able to identify the actual molecular gene subsections (called “alleles”) of DNA strands that determine inherited propensities; everything from our IQ to our individual likelihood of cardiovascular disease and cancer to our risk of severe illness from COVID virus infection. Even the genomics of happiness and depression have recently been identified and confirmed in multiple studies. This stuff is way above my pay grade so don’t ask me for a detailed explanation, but I do know that it involves using chips containing over a million DNA markers consisting of something scientists now call “single-nucleotide polymorphisms (SNPs).”

That’s way too many syllables for me but it does go a long way to answer the “why me” question. There’s no doubt that the answer is found partly in our lifestyle choices but more importantly it’s in our DNA. As the science has advanced, we’ve found that there are at least 60 known gene allele combinations that predispose the genetic carrier to cardiovascular disease. These genetic predispositions account for about two-thirds of coronary deaths and make carriers of these specific gene sequences more than twice as likely to have early onset CAD than those without this inheritable trait. It has been extended to uncovering inherited susceptibility to all kinds of diseases and vascular illnesses such as intracranial aneurysm and peripheral vascular disease.

The technology is getting so advanced that in the near future genetic testing could enable precision targeted medical approaches by identifying groups of patients at genetically increased risk of CAD. These are patients in whom a narrowly focused therapeutic or preventive approach would be most useful. We’re not quite there yet, but even without knowing all of the exact genomics we still know lots about the expression of those genes (called “genetic markers”) that portend CAD. It’s really critical to see your doctor yearly; he or she will use this new knowledge of CAD genomics to screen you for genetic markers and identify CAD inheritance risks. These tests include high/low density lipoproteins (cholesterol derivatives) ratios, c-reactive protein levels (cRP), nuclear medicine and exercise stress testing (EST), familial hypercholesterolemia (FH) testing, and blood levels of apolipoprotein B (ApoB).

In a great musical comment on Jim Fixx’s “over-civilization,” Billy Joel’s song “Movin’ Out (Anthony’s Song)” tells us what we all ought to know. “Ah – but working too hard can give you a heart attack, ack, ack, ack, ack, ack. You ought-a know by now.” Don’t find yourself someday having to ask your doc the dreaded “why me?” question. If you have a family history of early or severe cardiovascular disease or have any of the genetic markers of CAD, you might be a “genetic victim” and have an inherited risk of cardiovascular disease. You ought to know by now, don’t tempt fate; you need to take all of those “right things” very seriously.