A Building on Shaky Ground 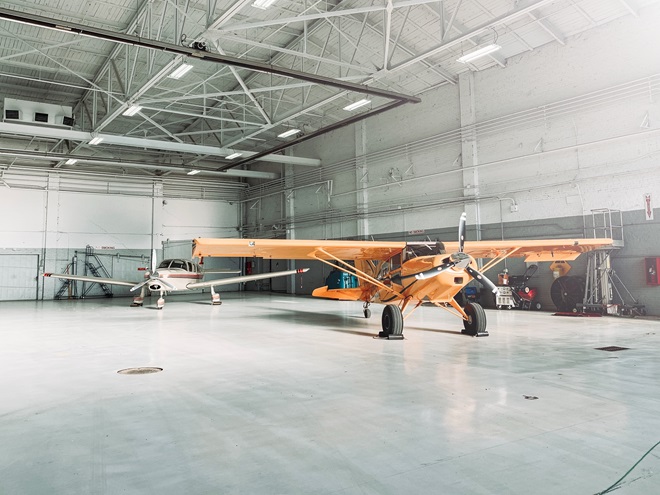 You’ve received all your desired airman certificates and you own an aircraft. So, what is the next step? Purchasing your own hangar?

Think about it—no more storing your pride and joy in rundown, drafty t-hangars or in a crowded community hangar; no more hesitation about making modifications to a rented space; and more than enough room to store your aircraft as well as various fluids, tools, and myriad spare parts. It can be an exciting prospect to own the building that protects your plane from the elements.

Before you dive in, however, it is important to understand your relationship with the airport. If the hangar is located at a public-use airport receiving funds from the FAA, even if privately owned, the federal money comes with strings attached. These strings are referred to as grant assurances or grant obligations. In its most recent edition, the FAA lists 39 grant assurances to which airports must adhere. Notably, most, if not all, grant assurances are required by law—see 49 U.S.C. § 47107.

Grant Assurances 4 and 5 work in tandem to mandate that the airport hold good title over all property subject to federally funded improvements and that the airport preserve all rights and powers to direct and control airport development. In short, to receive federal money for a project, the airport generally must own the property upon which the project will be built, and once the airport owns any property, it cannot divest itself of or otherwise encumber the property without approval from the FAA.

Additionally, Grant Assurance 38 addresses hangars constructed by aircraft owners, and specifically calls for the airport to grant the aircraft owner constructing the hangar a long-term lease rather than a deed to the land. In Order 5190.6B, the FAA generally recommends that the term of a lease should be long enough to ensure the builder receives a reasonable return for the investment but not outlive the useful life of the hangar. The Order indicates a lease of 30 to 35 years is usually sufficient for this purpose and a lease which exceeds 50 years will generally not be approved because such a lease likely exceeds the structure’s useful life and constitutes an impermissible disposal of airport property.

All of this means that hangar you are thinking of purchasing probably does not include the ground upon which it is built. So, do not be surprised when a ground lease, and possibly a master lease, is included in your stack of closing documents.

It is vitally important for you to review and understand the underlying ground lease and master lease before deciding whether to purchase a hangar. In particular, you should note the term left on the lease, whether there is a process for renewing the lease, causes for terminating the lease, what happens to the hangar after the lease terminates, and whether assignment of the lease is allowed at all.  For example, many ground leases include a reversion clause stating that, upon termination, the hangar structure automatically becomes airport property. If the ground lease expires in five years and there is no guarantied renewal, is it worth risking six-figures to purchase the hangar only for it to become airport property?

This sentiment rings true for individuals assuming a lease or subleasing on airport property. Many federally funded airports will rely on an FBO to lease and manage the airport’s existing hangars or develop and oversee construction of new hangars. When this occurs, the airport often extends a lease to the FBO which then subleases individual hangars or ground lots to would be tenants. In this case, it is important to understand that the lease you sign may be secondary to an underlying master lease.

A recent opinion issued by the Utah Court of Appeals, Airstar Corp. v. Keystone Aviation LLC, provides a fresh example for consideration. This case involved a hangar at Salt Lake City International Airport (KSLC), which was leased by the city to Keystone Aviation LLC who, in turn, subleased the hangar to Airstar Corporation. The sublease to Airstar included a provision terminating the sublease if Keystone’s lease with the city ended for any reason. Unfortunately for Airstar, the city and Keystone voluntarily agreed to terminate the master lease, which also terminated Airstar’s sublease. Litigation ensued. Ultimately, Airstar lost and was forced to rent another, more costly hangar. Notably, less than a year before the sublease terminated, Airstar had paid a substantial sum resurface the hangar’s floor and was unable to recover any associated costs. To add insult to injury, Airstar was required to pay for Keystone’s attorney fees in litigating the matter because a provision in the sublease allowed the prevailing party in any lawsuit regarding the sublease to recover these fees.

This case highlights the need for prospective hangar owners and tenants to carefully review all documents which could affect their rights and obligations on airport property, including any ground or master lease. If you fail to do so, you may be paying for a building on shaky ground.