Resources Lessons from the Airport in the Sky

Lessons from the Airport in the Sky

Carl Sagan, the famous astrophysicist who spent a good part of his career searching for extraterrestrial life, once quipped, “Our perceptions are fallible, we sometimes see what isn’t there and fall prey to optical illusions.” 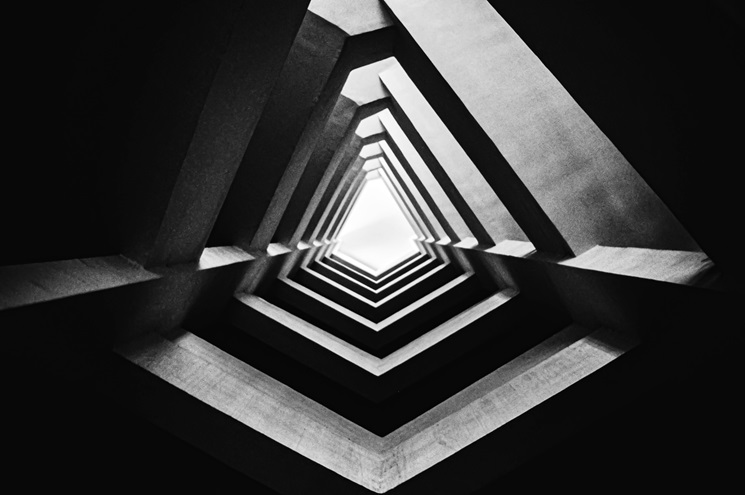 I’m sure his long search for extraterrestrial intelligence gave him good insight into illusions. Last month we left off talking about how our eyes accomplish the miracle of sight – but there’s a catch. The way our eyes process light images and how our brains interpret that information can cause “optical illusions.” When visual illusions occur, what we think we see isn’t always what’s out there in front of our airplane, and falling prey to any of those illusions can lead to serious problems. Our eyes are most likely to trick us during the most critical phases of flight operations, the approach, the landing, and at night. As NTSB data shows, visual illusions during landing account for 20% of aviation accidents. Consider FedEx flight 1478 on July 26, 2002, which landed in the trees and crashed short of runway 9 at the Tallahassee Regional Airport (KTLH). The NTSB concluded that among other factors contributing to the accident was “…the (color) vision deficiency of the first officer who was the pilot flying.” That’s why you get your color vision checked every year by your AME when you renew your medical.

Let’s talk about some of the ways our eyes can play tricks on us if we’re not on guard for it. A common visual illusion we face as pilots is an approach to an upsloping runway. Since our eyes and brains are programmed to interpret the image of an upsloping runway as being too high on final, the illusion tempts the pilot to descend, which puts the plane below the glide slope. This exact illusion happened to me on one of the great $100 (probably $250 by now) hamburger flights in Southern California, out to Catalina Island. There’s one little town on Catalina Island, Avalon, that’s full of wonderful little shops and restaurants offering every kind of cuisine. The island is about 50 miles off the coast and to get your burger you have to land at Catalina Island Airport (KAVX), well known locally as “the airport in the sky.” KAVX is perched on a really narrow sliver of mountaintop up on the cliffs 1,600 feet above the Pacific Ocean. I’ve never snagged the restraining cable on a carrier landing, but pilots who have say KAVX has the same vibe of aiming at a narrow landing zone with nothing else around for reference; it’s just not rocking in the waves.

The runway length is 3,000 FT with sheer cliffs on each end and about a 2% upslope grade approaching from the east. If you believe your eyes and descend to correct for the illusion that the approach is too high you’re looking straight at 1,600 feet of rock cliff at the approach end. The first time I flew to Catalina was with a friend who had landed there a bunch of times and he kept telling me to stay higher than it looks. But it’s a creepy feeling since it’s a short runway so it’s on your mind that if you stay high and land long there’s another 1,600 feet down to the rocks on the other side waiting for you. If your approach is from the other side there’s another runway illusion that’s the opposite. Your eyes are trying to tell you that the downward sloping runway is longer than it really is, tempting you to land long, and that’s not good since it’s really a short runway that ends at another cliff. In addition, it’s a narrow runway that reinforces the illusion that the runway is farther away, also tempting you to stay too high. If you try to correct for this illusion with pitch changes you’ll land late, flare hard, and bounce. The way to get your eyes to tell your brain that this just an illusion is to always know the published TDZE, touchdown zone elevation (one of those “Little Things“ from a few months ago) and plan your descent accordingly. Also, always load the approach into your GPS and follow the RNAV glide slope even if you’re in the clear skies and hand flying. Tracking the GS will keep you in a safe descent profile and will reprogram your brain to understand that your eyes are trying to play tricks on you. If there’s no instrument approach, stay on the lights and follow the VASIs right to the numbers. Fortunately, approach path lighting was recently added at Catalina but it wasn’t there when I was living in Southern California and that made the burgers taste even better. Following the published approach counteracts another illusion your eyes spring on approaching a wide runway. A wide runway will look shorter and closer, resulting in a late flare and diving for the runway with the plane dropping down from too high, risking bending the gear or striking the prop. Same takeaway – stay on the lights and the dials.

We have the best visual acuity seeing objects by how they contrast with background shades of light. We’ll talk about this next month in more detail when we go over nighttime illusions. Even during day flight, anything that blunts that contrast impedes our visual acuity and gives our eyes some other tricks to spring on us. Flat light is the most common cause of a loss of visual contrast. It’s a typical light condition on winter days in the north with snow-covered fields and overcast skies. There is an additional risk of spatial disorientation when flying in haze that leads to loss of visual contrast. Flying VFR relying on outside visual references to judge aircraft attitude in flat light or haze will slowly degrade your situational awareness and spatial orientation as the distinction between the ground and the horizon are blurred. Contrast will also be reduced by other light conditions such as reflected light from windshields, visors or spectacles, and scratched or dirty windshields. The same illusions are present when flying over smooth water or haze that obscures the horizon. The illusion is different but the cure is the same; always cross-reference what your eyes are telling you with the instruments, in this case the altimeter, that will prevent you from slowly descending closer and closer to the ground below.

These contrast differences are also critical to identifying other targets in the sky. Another plane at a lower altitude, especially when flying over a background with a similar color as the wings such as over the desert, moonlit water, or snow, is hard to see by the pilot from above. Similarly, a plane traveling above you when flying against a background of white clouds can blend in and be missed. Under conditions of low illumination another aircraft directly ahead and converging or overtaking from behind is likely to be lost in the dulled background. Another way our eyes might trick us into missing traffic ahead is because our eyes naturally focus 3-6 feet in front of our face, and during a long flight we can have a tendency to stare blankly just a few feet in front of us into an empty sky. Nearsighted vision is called “myopia,” and staring just a few feet ahead is called “empty field myopia.” This can lead to missing a threat out ahead of the airplane since we’re just not looking into the distance. You can overcome empty field myopia by setting a routine visual scan every few seconds and purposefully focusing far outside for other aircraft and threats. Certainly, TCAS and other traffic collision systems are critical when the contrast of other objects is blunted, and I see dozens more targets on my TCAS screen than when I look out, even knowing where they are.

Night operations can lead to another whole set of visual illusions that we can fall prey to since our visual acuity is markedly reduced in low light. Next month, we’ll finish up our deep dive into vision and visual illusions with a review of some of these special considerations for nighttime flights.