The Perceived Pilot Fear, Anxiety, and Loss Incurred Due to Hypertension Medications

If I asked non-pilots about their three biggest fears, they would probably say public speaking, death, and flying. 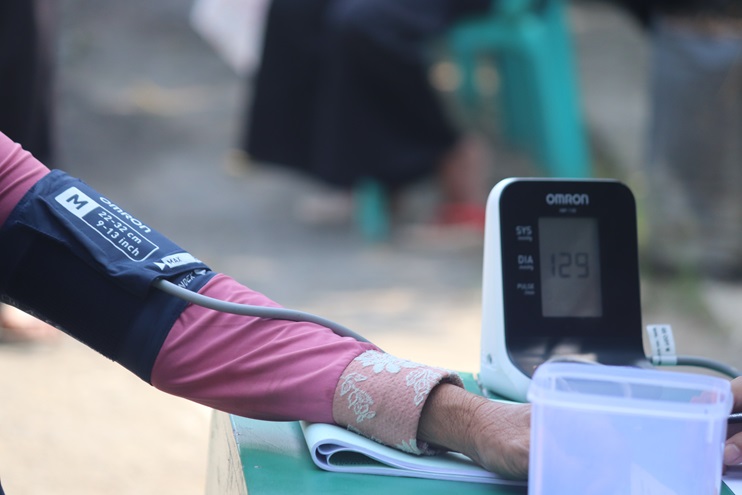 If I asked pilots the same question, they would say, without hesitation, losing their medical. Stalls, crosswind landings, and flying into IMC would not even come up in the conversation. Heart disease, which includes hypertension, is the leading cause of death in the United States (Heart Disease|cdc.gov. https://www.cdc.gov/heartdisease/index.htm CDC, 09/06/2022).

The meaning of fear is an unpleasant emotion caused by the belief that someone or something is dangerous and likely to cause pain or a threat to an individual (Oxford Languages). The fear of a hypertension diagnosis and the need to start medication therapy is perceived as a threat to the pilot’s freedom to fly.

The hypertension concern from an overall physiological, medical, and mental standpoint is the comorbidities that hypertension causes. Undiagnosed hypertension may cause an increased risk of kidney disease, coronary heart disease, heart failure, peripheral vascular disease, and stroke. The American College of Cardiology introduced new blood pressure parameters and treatment guidelines for the U.S. patient population in 2017. Based on data from the NHAMES 2015-2018, 116 million U.S. adults were diagnosed with hypertension. Lifestyle changes and medications were prescribed to 91.7 million patients. The disconcerting fact from this study was that only 50% of the treated patients had controlled blood pressure (J Clin Hypertens. 2018;20:1377-1391).

Another fear and cause of anxiety to the pilot is the failure to disclose prescribed hypertension medications on the 8500-8 medical certificate application form. Older pilots and pilots with special issuances are the most likely to report on the 8500-8 form what medications they are currently taking (“Drug Use Reported by U.S. Pilots, 2009−2014.” Aerospace Medicine and Human Performance, Volume 91 (July 2020): 586−591). An interesting finding in this study was many of the medications used in cardiovascular, neurologic, and psychological diseases were not started, discontinued, or changed to other medications with limited documentation. In pilots with a less serious disease, the same no-start or discontinuation of prescription medications was apparent with little or no documentation submitted to the FAA. It has only been on post-mortem crashes with post-toxicology studies that the FAA finds these failures to disclose.

The medications for hypertension are divided up into primary agents and secondary agents. Primary agents are the medications studied, recommended, and utilized by the majority of hypertension patients. Secondary agents are add-on agents that have very little evidence for use. There are four major classes of hypertension medications that have different mechanisms of action on the physiology of the patient. The healthcare provider will match the patient’s hypertensive pathophysiology to the medication started. The four classes of anti-hypertensives are thiazide diuretics, calcium channel blockers (CCBs), angiotensin-converting-enzyme inhibitors (ACEI), and angiotensin receptor blockers (ARBs).

ACEIs are the most widely studied and prescribed anti-hypertensive medications. The hypertensive patient is in a vasoconstrictive (constricting blood vessels) state. The ventricles of the heart are pumping very hard to push the blood through the arterial system of the body. It is similar to the Venturi Effect, where the entire blood vessel is in a continual state of constriction. The ACEIs block a group of endocrine hormones – renin, angiotensin, and aldosterone. A few examples of ACEIs are lisinopril, enalapril, ramipril, captopril, and benazepril. The HOPE trial showed that ramipril decreased mortality, protected kidneys, and decreased stroke and cardiovascular disease (CVD, (N Engl J Med 2000; 342:145-153). The benefits of being prescribed ACEIs far outweigh the risks. All of the aforementioned ACEIs are on the FAA-allowed medication list and are generic medications. The ACEI side effects to monitor are a dry tickle cough, angioedema (swelling of the face), change in kidney function, and hyperkalemia (high potassium blood level).

ARBs have the same benefit versus risk profile as ACEIs. ARBs decrease mortality, protect kidneys, and decrease stroke and CVD. ARBs block a specific angiotensin receptor. Some commonly used ARBs are losartan, candesartan, and valsartan (all FAA allowed). The side effect profile is the same as ACEI and causes less tickle cough, angioedema, change in kidney function, and hyperkalemia. When a patient is taking the maximum dose of ACEI, an ARB can be added to the patient’s medication regimen. If the patient’s tickle cough affects their quality of life, the ACEI can be stopped, and an ARB added.

Calcium channel blockers (CCBs) come in two categories – vasodilators, and rate controllers. If the patient needs blood pressure control, only a vasodilator calcium channel blocker will be prescribed. An example of a vasodilator CCB is amlodipine and nifedipine. Nifedipine and amlodipine will dilate blood vessels, causing a decrease in blood pressure. An example of a rate-controlling CCB is diltiazem. The preferred CCB should be a long-acting form. Look for CCBs with a suffix of SR (sustained release), LA (long-acting), or CD (controlled delivery). Common side effects for the rate controller CCBs include bradycardia (low heart rate) and hypotension (low blood pressure).

Secondary hypertension agents include loop diuretics (furosemide, bumetanide, and torsemide), beta-blockers (propranolol, carvedilol, metoprolol tartrate, metoprolol succinate, atenolol, and bisoprolol), and alpha antagonist (prazosin and terazosin). The data for loop diuretics in hypertension is nil. Alpha antagonists should only be used when all other agents are not working or for patients with benign prostatic hypertrophy (BPH) and hypertension. Beta-blockers will decrease heart rate and blood pressure. Beta-blockers work well for patients with a high heart rate and high blood pressure.