Resources A Healthy Dose of Skepticism

A Healthy Dose of Skepticism

One of the world’s greatest skeptics was Alfred Nobel (1833–1896), founder of the Nobel Peace Prize, who said, “I intend to leave, after my death, a large fund for the promotion of the idea of world peace, but I am skeptical as to its results.” 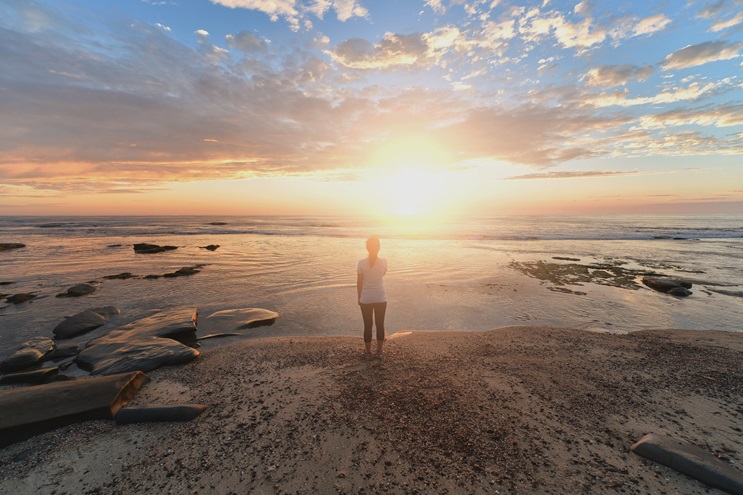 His skepticism was well founded; the Polynational War Memorial lists 267 wars and more than 80 million military casualties with no period of time in the 120 years since the first Nobel Prize was awarded in 1901 when there weren’t at least two major wars going on somewhere on this planet.

I’m kind of a skeptical person too. Last month we talked about all “those little things” of safety in the air and on the ground but my skepticism, as both a pilot and a surgeon, has always left me with a feeling that I’m still missing something, one of those “little things.” Another skeptic in my life was Dr. Fred Loop, who was the chairman of the Department of Cardiac Surgery at the Cleveland Clinic, where I got my first job after finishing 8 years of surgery training. It was one of the real honors in my life to have stood at the operating table with him as I honed my own skills as a newly minted heart surgeon. While we were washing our hands before a case he often said the same thing: “Watch out, there’s always one thing about your patient that you don’t know.” It’s not the first time this idea has been said in surgery. Way back in 1743, François Quensay wrote in his Memoires de l’Academie that “the operation itself is only one factor in the care of a disease, all factors together must be accounted for the essential tenets of surgery.”

The FAA is skeptical too; they know that one of those little details you don’t know could kill you. The FARs state (General Operating and Flight Rules § 91.103) that “each pilot in command shall, before beginning a flight, become familiar with all available information concerning that flight.” That includes aircraft performance, weather, wind, fuel requirements, alternate airports, runway information, takeoff and landing distances, delays and “all other information.” Still, in spite of our best efforts on land and in the sky, we can miss something.

Such was the case of Francis Gary Powers, one of the most famous Cold War–era aviators. He flew the high altitude U2 spy plane for the CIA in the 1960s and was, twice, the victim of one of those little things he didn’t know. In the overall scheme of things it’s pretty uncommon for a modern-era pilot to be involved in a plane crash and it’s even less common for a pilot to be involved in two, surviving the first and then going on to be in another. But this was exactly what happened to Powers, and the second time it killed him.

Powers’ story began in 1960, at the height of the Cold War. Repeating Soviet claims, the American press was hysterical that there was a huge “missile gap” between the US and the Soviet Union. They were telling Americans that we were outgunned 1000:1 and in grave danger. Fortunately, President Dwight Eisenhower was a skeptical guy too and just didn’t believe the Soviets could be that far ahead of us. But still he needed proof since he was about to attend the “Great Paris Summit” with Soviet president Nikita Khrushchev. Eisenhower planned a potentially risky bet; he was going to call Khrushchev’s bluff at the summit so the US couldn’t be bullied any more by Soviet threats. To call the out the Soviet ruse, Eisenhower needed pictures, so he sent in Gary Powers and the CIA pilots to find out for sure.

On May 1, 1960, the “May Day” national holiday in the USSR, Powers took off in his U2 from Peshawar, Pakistan, and climbed an incredible 80,000 feet MSL (15 miles) into the stratosphere. He crossed the southern Soviet border at the Pamir plateau on a 10-hour route over the key nuclear test sites at Sverdlovsk, the only Soviet sites that had not yet been photographed. The ambitious flight plan crossed the entire Soviet landmass with a landing planned outside Oslo, Norway. With such long flights and the need to carry extra fuel, the Lockheed engineers had to save weight so they made a few structural modifications to the U2 jet – after the original CIA pilots had finished their training. The massive tail assembly contributed a lot of the extra weight so they trimmed it back by eliminating bulky attachments of the tail to the body of the jet. With the re-engineering, the huge tail assembly was now only held onto the body of the jet by three small 5/8th-inch bolts. They never told the CIA pilots that the changes significantly weakened the structure of the tail section assembly. If the pilots had known about it in advance, they would have been cautioned to give many miles of leeway between themselves and potential Soviet air defenses. What they didn’t know was about to change the world.

New advances in Soviet radar tracking technology allowed a young Soviet rocketeer, Mikhail Voronov, to spot the U2 as Powers flew north crossing into Soviet airspace, and he launched an S-75 Dvina ground-to-air missile at Powers. Powers was able to spot the rocket coming toward him, but, not knowing about the structural weakness of his tail assembly, he made only a minor course correction to miss a direct hit. The rocket detonated close to his plane, less than 200 feet behind the tail. But that was enough; with only the three small bolts holding the tail section to the plane, it was blown off. The U2 spun out of control and plummeted to the ground at more than two miles a minute; fortunately, Powers was able to eject. The course of world history was changed that day. With all the publicity of the shootdown and Powers being paraded through Red Square, the Paris summit was a complete bust. Khrushchev stormed out and no deals to ease the billion-dollar nuclear arms race and the heated Cold War were made. After his “trial” and conviction for spying, Powers spent two years in Soviet jails. On February 10, 1962, he was released in an exchange for Rudolf Abel, the notorious Soviet spymaster caught in America.

By 1975 Powers had moved to Burbank, California, and was now flying helicopters for KNBC, a local news station. He had flown this same helicopter, N4TV, a Bell 206B JetRanger for several years, and he knew this particular aircraft had a quirky history of faulty fuel gauges. The gauges always read nearly empty even when the craft still had plenty of fuel on board. On August 1, 1977, Powers was coming back from getting film footage of a brush fire but he didn’t know one critical bit of information about his familiar helicopter. It turns out that another pilot had complained about the fuel gauges and the mechanics had fixed them after Powers’ last flight, but nobody told him anything about it. He flew the craft toward home as the fuel gauges pointed to empty. That was a big problem since now they were accurate; he ran out of gas and crashed near downtown Los Angeles. One of America’s most famous pilots died because he didn’t know one “little thing” – that someone had fixed his fuel gauges. “After all he’d been through, what a way to go,” the FAA investigator told the local newspaper. So true, through no real fault of his own, he was burned twice by what he didn’t know but this time, what he didn’t know ended up in a fatal crash.

The alternative to a healthy dose of skepticism is being overly optimistic, and there have been some famous optimists in our history too. A US general who could have benefited from Eisenhower’s skepticism was General George Armstrong Custer. According to surviving Indian scouts, Custer was apparently given fairly realistic estimates of the Sioux and Cheyenne Nation strength in the Little Big Horn River Valley in Montana Territory on that fateful day, June 25, 1876. But unlike Ike a century later, he chose optimism. Custer let his optimism and hubris cloud his decisions; he apparently told his second in command, Captain Myles W. Keogh, “Myles, I believe there are but a few Indians behind those bushes.” That didn’t work out well for him. He came around to reality, but too late, when he next asked Keogh, “Where did all those Indians come from?” With a healthy dose of skepticism, history would have been different here also.

What this all means for aviators is that it takes just that healthy dose of skepticism to always be on the lookout for “one more thing” out there that you don’t know. At times it’s impossible to account for every variable in this complex world and the only way to prevent one of those little things you don’t know ending up in a disaster is to be on guard for it. Vigilance is the best way of avoiding the trap of “what you don’t know can kill you.” The belief that there’s still something out there needs to drive you to turn over every stone, research every variable and get all the information needed to ensure the safety of the flight.

We talked about information management before in the article about the dragons out there in “terra incognito.” Getting all those little bits of information is a crucial part of the big picture of good information management. So always assume there’s one more little detail you don’t know; it won’t be the strength of the Sioux warriors in the Little Big Horn Valley, the number of Soviet missiles in Sverdlovsk, or the strength of the attachments of the empennage of a U2 spy plane, but it will be something critical, like how much fuel you have on board. Don’t be satisfied until you know you have accounted for every little thing and you’ve collected all the information needed to stay safe. To paraphrase my old mentor, Dr. Loop, “Watch out, there’s always something about this flight that you don’t know.”

Kenneth Stahl, MD, FACS is an expert in principles of aviation safety and has adapted those lessons to healthcare and industry for maximizing patient safety and minimizing human error. He also writes and teaches pilot and patient safety principles and error avoidance. He is triple board-certified in cardiac surgery, trauma surgery/surgical critical care and general surgery. Dr. Stahl holds an active ATP certification and a 25-year member of the AOPA with thousands of hours as pilot in command in multiple airframes. He serves on the AOPA Board of Aviation Medical Advisors and is a published author with numerous peer reviewed journal and medical textbook contributions. Dr. Stahl practices surgery and is active in writing and industry consulting. He can be reached at [email protected]
Go to Kenneth Stahl, MD, FACS's Profile
Topics: Pilot Health and Medical Certification, Airspace 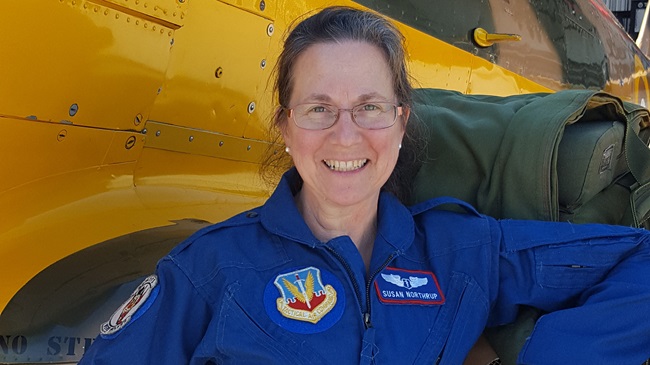 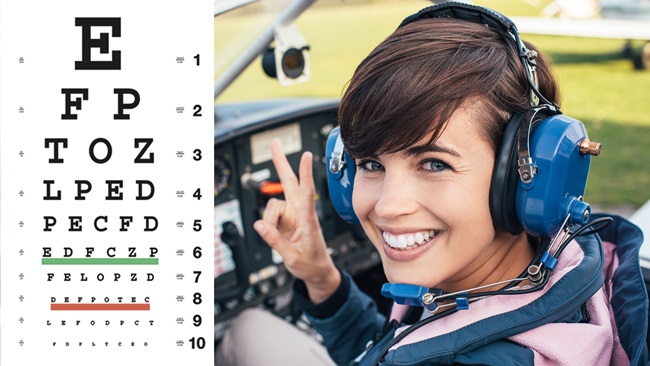 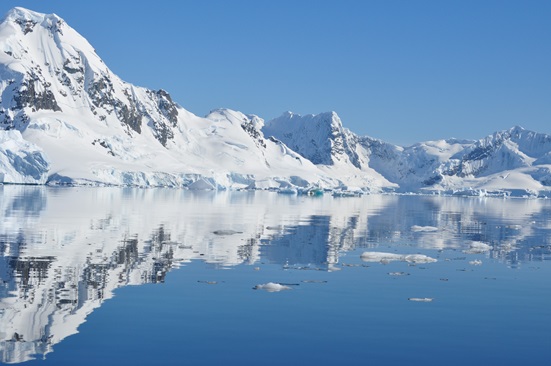