Just like GA engines that can burn only 100LL (some of us are more fortunate and have engines that burn kerosene) the human brain also has only one source of fuel for energy – glucose.  Not unlike fuel starvation of your engine in the air, starving the brain of glucose can result in all kinds of bad things for a pilot trying to maintain safe flight. 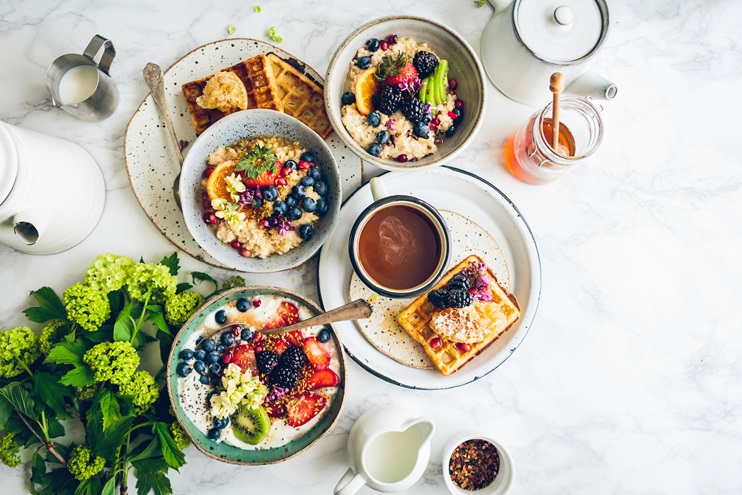 Every other destination in the body, from the semicircular canals to the far-flung islets of Langerhans, can use multiple sources of energy, but glucose is the ultimate fuel additive that is needed to keep the brain alive and functioning.

The brain is so packed with nerve cells that are constantly passing electric and chemical messages around that it uses fully half of all the glucose in the entire body, leaving the remaining half to be shared by every other muscle and organ. Low serum and brain glucose levels, known as “hypoglycemia,” stimulate the brain to signal hunger. And unless quickly corrected, low brain glucose levels result in confusion, loss of cognitive function, anxiety, tremulousness, dizziness, and, in extreme cases, seizures and unconsciousness. Hypoglycemia can be related to a number of factors involving both the transport and use of glucose. Pilots need to understand how this can occur and assiduously avoid it. Let’s go over some of the basics, starting with how the brain gets its glucose supplies.

The brain itself stores virtually no glucose for reserves and must therefore survive by constantly importing all its massive energy needs. Further adding to the complexity of brain glucose metabolism is a barrier called the “blood brain barrier,” kind of like a fuel line filter, that exists to protect the brain and block most other chemicals, even energy-rich substances other than glucose, from entering. This has been called “the selfish brain syndrome” by neuroscientists.

Glucose metabolism from the diet is pretty straightforward. It is mostly dependent on insulin, a protein molecule normally produced in the pancreas and released directly into the bloodstream that facilitates absorption and movement of glucose into the brain and body cells. Abnormal insulin production or decreased sensitivity to it by the cells is the basis for diabetes. Diabetes is divided into two major categories, insulin dependent (type I) and non-insulin dependent (Type II). Type I, or insulin-dependent diabetes, is often referred to as “juvenile onset diabetes” and relates to lack of pancreatic insulin production. This is a serious disease. Type, II or adult-onset diabetes, is related to insulin resistance in the tissues that leads to high blood sugar levels but not low insulin levels. It is most often related to obesity and diet and can usually be controlled without insulin but with diet changes and sometimes supplemental oral medications.

Pilots with either type diabetes can keep their medicals and continue to fly but need to be very careful checking their blood glucose levels to avoid hypoglycemia.  The FAA has very strict rules on monitoring blood sugar, particularly for insulin-treated diabetics, that can be found on their website, and these pilots need to know and abide by all of the regulations.

Perhaps more important to most GA pilots, the majority of whom are probably not familiar with diabetes, is that it is possible to have significant hypoglycemia with all its symptoms and risks without having diabetes. This condition, known as “non-diabetic hypoglycemia,” causes the glucose levels in the blood to drop too low, resulting in the same consequences of impairment of cognitive function that are just as serious as those faced by diabetics.

Non-diabetic hypoglycemia can be insidious and dangerous in any environment but especially risky when at the controls of an airplane in flight.  Just as there are two types of diabetes, there are also two types of non-diabetic hypoglycemia. The first and more common is known as “fasting hypoglycemia,” which occurs because a person has gone without food for too long, and the other is “reactive hypoglycemia,” which usually comes on about 2 to 4 hours after eating. “Fasting hypoglycemia” are just some fancy words for being hungry and is relatively easy to fix – just eat something.  Reactive hypoglycemia is a bit more complex issue brought on by the release of a pulse of insulin from a high sugar content snack or meal that overshoots the glucose load and stays around to lower blood glucose after the snack has been digested. The result is a rapid and significantly debilitating fall in blood glucose.

Pilots can generally avoid this reactive hypoglycemia with an understanding of its causes, snacking smart while flying, and eating smart on the ground. The key to managing reactive hypoglycemia is the glycemic index – or rapidly accessible glucose content – of the diet. Glycemic index is a calculated number that can be found on food packages. It is a measure of how fast carbs in a food are converted into glucose. Smart use of this index can fine-tune sugar intake and help keep blood sugar levels steady. To minimize rebound reactive hypoglycemia, pilots in flight should snack on foods with a glycemic index less than 65. Specifically, protein, fat, and fiber all help stabilize blood sugar levels due to a low-glycemic load and steady blood absorption. On a long flight, pilots need to snack every 2-3 hours and limit foods, soft drinks, and fruit drinks that are high in rapidly absorbed sugar and concentrated sweets.

Smart snacks, specifically nuts like almonds, are a good snack for those prone to reactive hypoglycemia since they contain a number of elements that slow the absorption of glucose. Nuts are high in protein, fats, and fiber, all of which increase the time needed to break down and absorb glucose.  Other good in-flight snacks are fruits, especially those with a low-glycemic load like apples, pears, and oranges. Fruits are also a good source of fiber, which also slows absorption of glucose into the bloodstream. Adding a piece of cheese to a fruit snack supplies protein and fat, both of which also break down more slowly and keep blood sugars stable.

Peanut butter on whole wheat bread can also help to keep blood sugar stable. Whole wheat has a lower glycemic load than refined grains, and peanut butter contains both protein and fat. Pairing whole grains with protein and fats keeps your blood sugar stable for a longer time. Don’t choose commercial peanut butter and crackers; make your own so you can customize it to your own taste. A Google search will dazzle you with recipes.

Yogurt made without added sugar also supplies protein and fats. Add fresh fruit for fiber, and you have a snack that will add carbohydrates for energy along with the protein, fat, and fiber that slow glucose metabolism. On the ground it is better to eat 5 to 6 small meals each day instead of 3 large meals.  This will smooth out glucose absorption and prevent reactive hypoglycemia hours later while in flight.  For the same reasons, it is best to avoid a large meal just before launching on a long and perhaps demanding flight.

Fuel starvation to your brain is worse than fuel starvation to your engine. No pilot should let either happen….ever. To assure safe flight, be smart with fuel management and fuel additives that keep the brain working at optimum capability; sharp, focused, and metabolically fit for flight. In the next post we’ll talk about the importance of not just fueling your brain but resting it too.