Brain freeze, tunnel vision, and task fixation are potential reactions to stress and are only a small part of a broader stress-related syndrome known as “tunnel senses.” Don’t get me wrong; concentrating on something is a good thing, just not to the exclusion of everything else in the environment. 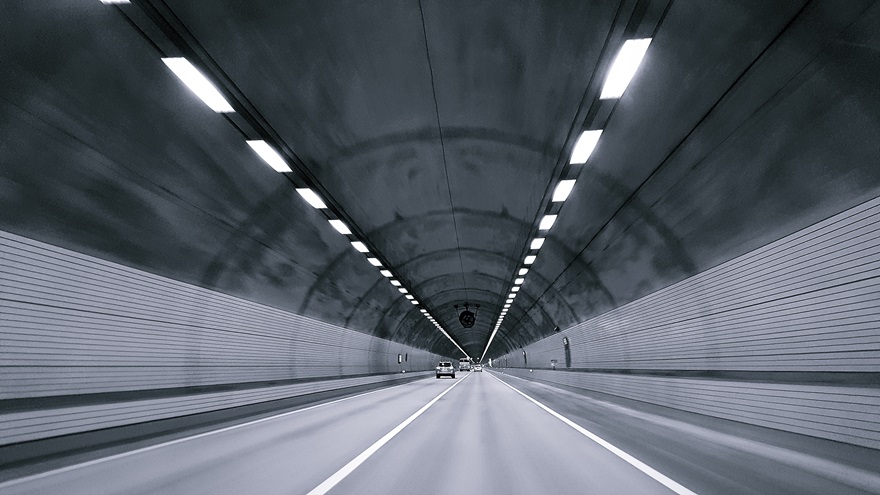 If you like tongue twisters, try saying this one three times fast: “Sphenopalatine Ganglioneuralgia.” More commonly known as “brain freeze” or “ice cream headache,” this happens when something really cold touches the roof of your mouth. It can be a temporary inconvenience at the county fair but the other connotation of brain freeze, when you get totally stuck on something and can’t see the big picture, is a real problem for pilots. We talked a little about this in the last few articles with “tunnel vision” and “task fixation” and how dangerous this can be in the cockpit. Let’s take a deeper look into it, how it happens and what pilots can do to avoid it.

Brain freeze, tunnel vision, and task fixation are potential reactions to stress and are only a small part of a broader stress-related syndrome known as “tunnel senses.” Don’t get me wrong; concentrating on something is a good thing, just not to the exclusion of everything else in the environment. You don’t have to leave the ground to see the consequences of fixating on something other than the most important task at hand. Just look at the statistics related to those ocular magnets we call cell phones that we have all become so addicted to lately. The NTSB has affectionately called these devices PEDs (portable electronic devices) and has repeatedly warned of their dangers. The NTSB studied hundreds of thousands of auto accidents over the last few years and found that PED and cell phone distraction accounted for 52 percent of auto crashes. A driver fixated on sending text messages or talking on the phone is 580% more likely to have an accident than drivers who maintain their focus on driving their cars. They reported that last year there were 10 distraction-related driving deaths per day (3,450 in 2017) on American roads and those deaths accounted for 10% of auto-related fatalities.

Task fixation, or more broadly “tunnel senses,” in the cockpit can have just as dismal consequences. The NTSB has reported GA fatalities attributed to PEDs after identifying the cause of one crash that was due to the pilot updating his Facebook page while flying. Also, the FAA and NTSB have attributed a number of commercial airline disasters to this syndrome. As a matter of fact, the whole science of Crew Resource Management (CRM) was developed in response to one of the most famous disasters, the 1972 crash of Eastern Air Lines Flight 401 in the Florida Everglades. The flight crew was so task fixated on the landing gear indicator lights that, as the NTSB report cited, they “failed to monitor the flight instruments” – totally analogous to failing to watch the road while texting and driving. The NTSB went on to conclude that “preoccupation with a malfunction of the landing gear position indicating system distracted the crew’s attention from the instruments and allowed the aircraft descent to go unnoticed.” CRM became the science of assigning one or two members of the crew to devote their entire brain function to the immediate problem while assigning another crew member to keep the big picture in focus, like noticing that the autopilot was descending the airplane into the swamp.

Willingly fixating your brain on a single task like the pilots of Eastern 401, or using your phone while flying or driving, demonstrates the danger of tunnel senses syndrome. This syndrome can take over your brain when you’re operating under stress! Tunnel senses affect every portion of the brain, and any or all of your senses can become tunneled when under the stress of imminent danger.

We talked about decision areas of the brain in previous posts, and another one of those important regions is called the “thalamus.” This little guy is a critical part of the limbic system complex (fight or flight system) that we also discussed a few months ago in the post on stress. The thalamus receives sensory inputs from the outside world and functions as a kind of switchboard that directs nerve impulses around the brain in response to visual and auditory stimulation. Along with some nearby nerve centers (called the “amygdala”), this area of the brain weighs the potential danger of the incoming signals. If there is no perceived immediate risk, signals are directed to the cortex (thinking part of the brain) for thoughtful responses. Under more stressful conditions it directs these signals away from the cortex to action and motor parts of the brain. But the thalamic switchboard sends the response only one way or the other. Once the deliberative process is removed from the brain’s reaction to the threat, attention is tunneled (“super focused”) to one stimulus and the rest of the big picture is lost. It is this intense focus on a single source that becomes the tunneled sensations syndrome. Everything else is blocked out as the brain directs efforts to cope with the stress and dangers at hand.

The first and maybe most important of the senses that become tunneled with stress is the thinking process itself, and as we have talked about before, this is called “task fixation.” The brain’s thalamic switchboard can block out every other sensory input to focus on a perceived threat. You become so locked into coping with one threat that you are totally unaware of other potential safety risks and the overall deterioration of the broader situation. Not only do you lose other cues from around you, you also lose the ability to consider more than one alternative solution to the problem. A few months ago I talked about this in the post on stress where I noted your first reaction is often not the best solution. To safely resolve the threat, you have to scroll through your knowledge and experience files to find a better option; otherwise, your response is a reaction, not a deliberation.

Adding to the tunneled sensations syndrome, the thalamic switchboard also assigns priority to visual or auditory inputs if one seems more threatening than the other. When visual signals pose the most threat during a stressful situation, the thalamus narrows visual input to see images from only one small area of the retina (where images are concentrated in the eyes’ nerves) that has the highest visual acuity and filters out input from everything else, reducing your visual field to a narrow “tunnel.” This part of the retina, the fovea, provides the highest resolution images from your eyes but the total visual input is reduced to no more than a few degrees (which equates to about a 12-inch circle at 20 feet). Under normal circumstances, the brain is receiving input from the entire retina that gives you a view of about 200 degrees. But with tunneling of the visual sensation, the big picture is reduced so much it’s like trying to solve the emergency while peeking through a keyhole. Many things could be happening in your peripheral vision that will be lost when vision is tunneled. You can prove how seriously limited your vision can become to yourself right now.  Stare at any word on this page and without moving your eyes from that word try to identify another word three or four words away. It’s easy to see the word you’re focused on in high resolution, but every other word on the page appears in low resolution and most likely can’t be read at all.

Hearing is another victim of the tunneled senses syndrome. I talked about this a few months ago in the article about not hearing the barking dog and making a gear up landing. Neuroscientists have found that a person intently focused on a visual threat will have diminished hearing. In some cases, when the stress is severe enough and the brain concentration narrows in one small area, the hearing receptors in the brain may be completely shut off. This is called auditory exclusion. You can imagine the risks in the cockpit if you are so focused on a visual threat that you can’t hear the radio, crew communications, alarms (like the landing gear horn), or engine sounds. Selective auditory exclusion happens all the time; just try getting a kid’s attention when he’s playing a video game. This is nothing more than the brain’s sensory areas prioritizing one input signal over another. It’s an everyday function of our cortex that allows us to selectively process sensory input and accomplish the task at hand. However, once the brain’s alarm circuits have been fired, the brain’s switchboard (the thalamus) will literally halt the flow of other signals to the cortex. As far as the brain is concerned, everything else just disappears.

These factors add up to the physiological definition of loss of situational awareness. When you are suffering from tunneled senses your situational awareness and big picture perception is pretty much gone and you are likely to miss important clues and cues that could make the situation better. Neuroscientists and aviation safety experts recognize the risks of tunneled senses and have come up with some helpful ways to avoid having your brain freeze up and lose critical opportunities to avoid a disaster. Stay tuned (always!) and in the next post we’ll discuss this in more detail. 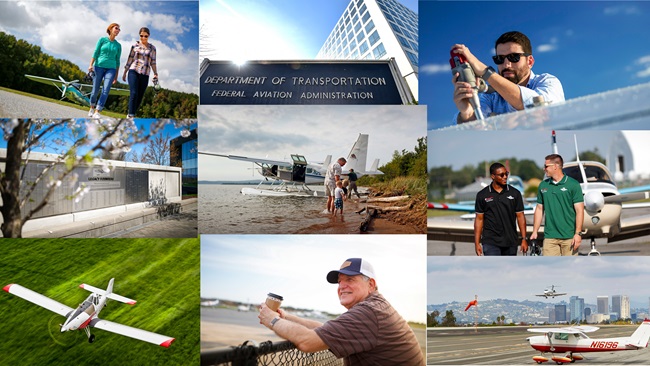 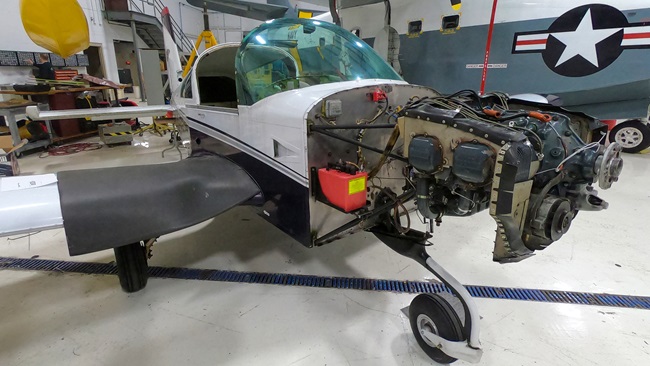 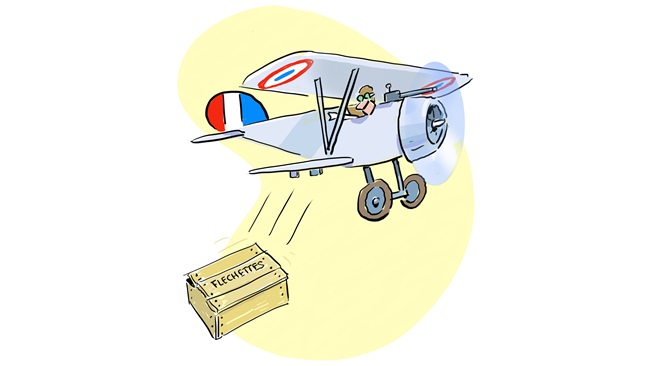