This is the second part of a two-part article about how to protect your rights as a pilot when complying with logbook production requests.

In part one of this article last month, we began with a scenario where Mr. Pilot received a certified letter from the FSDO requesting that he appear in person for logbook inspection. The logbook inspection became a surprise interrogation, and Mr. Pilot ultimately grew uncomfortable to the point where he told the five inspectors questioning him that he had not come prepared for an interview. We also covered your pilot rights, the requirements spelled out in FAR 61.51, and what constitutes a reasonable request under that regulation. We pick up here with advice on practical considerations and best practices.

When an airman receives a letter requesting a logbook production, the pilot should contact the Legal Services Plan and then speak with a Legal Services Plan attorney. Either the pilot or the counsel should contact the FAA in writing or by email to provide a written acknowledgment of the request and the intention to produce the logbook. Such contact provides the opportunity to advise the FSDO if there are extenuating circumstances that might delay the inspection. I have found that most inspectors respect the convenience of the airman when a reason is established to delay the inspection. The takeaway is that you do not always need to show up at the FSDO within ten days, and you have not violated the FAR by not responding or producing the logbook within ten days. Upon receipt of a letter, a written acknowledgment by the airman that the letter has been received and an expression of intent to provide the logbook at a mutually convenient time is advisable. A timely response and acknowledgment of the request will likely negate any implication that the pilot has ignored or chosen not to comply with the FAR.

There are two types of flight time that are required to be documented and recorded. First, all training time and aeronautical experience used to meet the experience requirements for an FAA certificate, rating, or flight review must be recorded. Second, the aeronautical experience required for meeting the recency of flight experience requirements of Part 61 must be documented. With the exception of student pilots and a few other circumstances, FAR 61.51 (a) does not specifically mandate that all pilots must maintain a logbook. Training time and flight experience that is counted toward a certificate or rating, and recency of experience records are required to be kept, but the FAR does not state that these records must be in a logbook.

FAR 61.51 also lists information that should be recorded when logging flight time and training time. In addition to basics such as the date of the flight, arrival and departure locations, total flight time, and aircraft identification and type, there are specific requirements for training time, simulator time, day and night operations, instrument flight, and the classification of flight time (PIC, SIC, solo, or training time). Generally, pilot in command flight time can be logged where the pilot is the “sole manipulator of the controls” of an aircraft that the pilot is rated. Flight instructors may record PIC time when they are acting as an instructor. Ground instruction is also supposed to be recorded. Most flight instructors know what endorsements are required for pilots, and they may assist a pilot to ensure that necessary endorsements are recorded in the pilot’s logbook or other records.

If you receive a request from law enforcement to produce your logbook, other requirements beyond the FAR such as local or state laws may also be applicable. Since law enforcement involvement implies a criminal investigation, it is recommended that the pilot engage counsel as soon as possible and avoid making statements to law enforcement.

In the remarks column of a logbook, most pilots record information such as the maneuvers conducted, type of instrument approach, and any required endorsement. A CFI should record relevant training information in the remarks section. Pilots often record other information such as memorable facts regarding the flight. It goes without saying that a pilot should exercise discretion regarding information that is recorded. Remarks like “Buzzed Grandma’s House,” “Low Approach over the Rabbit Farm,” the names of passengers, or anything else may be used as evidence against a pilot, so discretion is advised regarding the desire to record specific aspects of a flight.

In the event that you do not maintain a logbook, you should be prepared to demonstrate a record to establish recency of experience and provide evidence of a flight review and, if applicable, instrument proficiency.  If you are planning on using the flight time toward the requirements of a certificate or rating, then you also need to maintain a log or record of flight and training times for flight and ground instruction.

There are special requirements for student pilots to maintain a detailed record of their training and carry it on solo cross country flights. Similar requirements exist for recreational and sport pilots. Flight instructors are required to log flight and ground training as well as endorsements given by the instructor.

While it is possible to send your logbooks by mail or via a delivery courier to the FSDO, I do not recommend doing so because of the risk of loss or destruction in transit. If an inspector is planning to be in your area, you could make arrangements to meet the inspector and to have a copy machine available.  Although a notary public is authorized by law in most states to certify documents as “certified true copies,” it has been my experience that most inspectors will not accept a certified true copy of a logbook in lieu of the original.

If you keep an “electronic logbook,” consider that you may have to provide a copy or printout of the logbook. Delivery to the FAA of a PDF file or physical printout from the logbook is a preferred means of compliance.

If you don’t maintain a logbook or have lost the logbook, an inspector may want you to prepare an affidavit to that effect. “My ex-wife threw away my logbooks.”

Prior to presenting your logbook to the FAA, you should check to ensure that   your records document your currency and proficiency in the category and class of aircraft that you have been operating. If there is a discrepancy that can legitimately be corrected, you should do so, but be careful. Under FAR 61.59, any falsification of a record that is required to be kept by an airman is grounds for the revocation of all of a pilot’s certificates. For such reasons, do not place any entries in your logbook or records that cannot be reasonably documented.

I had an instrument student once that had the opportunity to “fly” the Space Shuttle simulator at the Johnson Space Center. He logged the event in the simulator column, and in the remarks section stated, “Two Approaches from Earth Orbit.” The Designated Pilot Examiner reviewed his logbook before his Instrument Rating check ride and commented, “Space Shuttle, what the heck is this?” It described a simulated flight, it was an accurate entry, and it made for interesting conversation during the pilot’s oral examination. The student was not counting his simulated Space Shuttle time toward his instrument rating, but the moral of this story is that if you have any exotic logbook entries, you may have some explaining to do.

It is important to understand what types of flight and training time must be recorded, and to maintain a record of currency or recency of experience. FAR 61.51 requires the production of pilot logbooks, but not ancillary business records. The FAA request must be reasonable, and while a timely acknowledgment of an FAA request is appropriate, the FAR does not require that the production be done immediately or within ten days of the request. In addition to logging time with sufficient detail to document training and recency of experience, discretion should be used regarding other descriptive entries.

If you have any doubt about what you are required to log or record, review FAR 61.51 and ask a flight instructor. Should you receive a request from the FAA to produce your logbook, consider contacting the AOPA Legal Services Plan and a panel attorney. If necessary, consider bringing both your logbook and your lawyer to the FSDO. 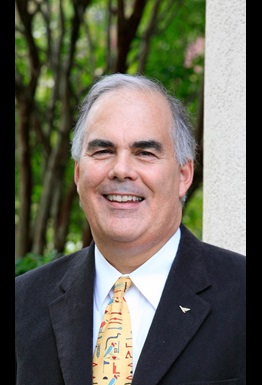 For more than 30 years, John Hodge has represented clients in aviation matters including business aspects of aviation, regulatory compliance, enforcement, liability issues, corporate flight department operations, and UAS policy. He has also handled matters before the NTSB and FAA, and in state and federal trial and appellate courts. He represents the South Carolina Aeronautics Commission, and he wrote a wholesale revision to the State Code on Aeronautics in 2012. Mr. Hodge has over 22,000 hours as a pilot in aircraft ranging from gliders, seaplanes, and general aviation single and multiengine aircraft to transport category jet aircraft. He holds an FAA Airline Transport Pilot Certificate with type ratings on B-737, 757, 767, A-320, and A-330 aircraft. He is also a Certified Flight Instructor and holds Flight Engineer – Turbojet, Advanced Ground Instructor, and UAS Certificates. He has industry experience in Part 91, 135, and 121 flight operations. He has piloted aircraft in USA domestic, transatlantic, Caribbean, Central American, European, South American, and Pacific operations. Mr. Hodge is also a Registered Professional Geologist and has also practiced environmental law for over 37 years and is founder of Hodge & Associates in Columbia, South Carolina, a firm that practices environmental and aviation law.