Resources The Nearest Exit May Be Behind You

The Nearest Exit May Be Behind You

As a dedicated GA pilot, I always have mixed feelings about going “commercial.” 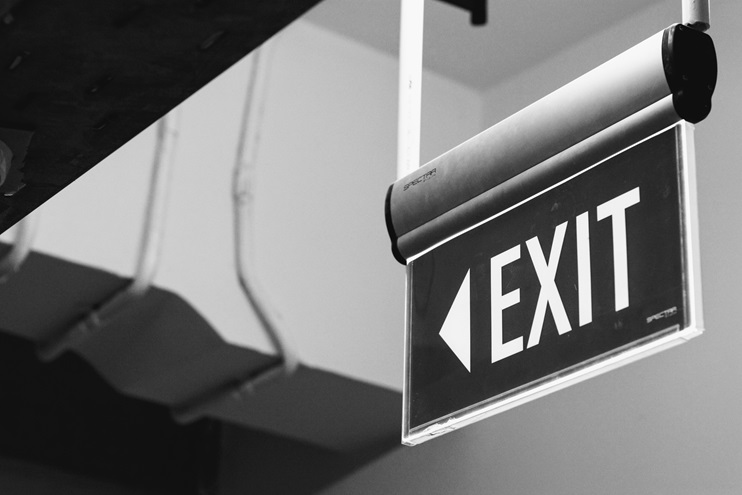 Still, every time I fly with one of the commercial carriers I’m full of admiration and appreciation for those big heavy iron airplanes and their crews in the cockpit and the cabin. A few weeks ago, my wife and I flew (masks and all) out to Southern California to see our kids and revisit some of our old haunts. Although I’ve heard the “safety announcement” thousands of times something struck me as odd on this trip. Maybe it was just that I hadn’t had time to dig my headphones out of my pack so I heard the whole announcement again, but it was almost like I was hearing it for the first time. The prerecorded video winds down with an advisory that I would have thought to be pretty much common sense but maybe not so. The announcer, in a deep and sincere voice, advises passengers to “Keep in mind the nearest exit may be behind you.”

After the announcement, I had this vision of an emergency scenario where a frenzied pack of 200 people were suddenly crushing into each other fixated on moving forward and trying to get to the forward exits. Nobody would be able to go back against the inertia of all those bodies. It would be even worse than trying to grab something from the overhead bin that you left a few rows behind you against the herd of passengers surging forward and deplaning after a routine arrival. You have to transform yourself into a tortilla chip and turn sideways to do it and even then, it’s almost impossible. I had thought about what I would do in an emergency situation a long time ago and had decided if there ever was a real calamity I’d grab my wife by the hand and go to the inside of the row by the windows and crawl over the backs of the seats between us and the exit to avoid the crush of humanity in the aisles.

Given the herd moving forward I think this would be a pretty clean path to an exit, and there’s nothing wrong with that kind of planning ahead; we do it all the time. We pilots call it hangar flying. One thing about hangar flying that the “safety message” brought home to me is that it’s not so much the “if-then” pre-planning, it’s the “what-if” plans that really count. My friend Doug Downey’s story in Bandit 650 is a classic example of how to do it right, daring his plane to fail and coming up with “what-if” alternatives.

So with all this in mind, I was trying to figure out why the airlines even needed to tell everyone what might seems kind of obvious. I think it’s because they understand that it’s simply human nature to fixate on what’s in front of you, and then to follow the crowd trying to get out the same doors you got onto the plane originally. I know there wouldn’t be a lot of deep thinking going on, especially in an emergency, and as I’ve talked about before, most would react on just reflexes to follow the crowd. We’ve covered this in previous articles on biases and more specifically about task fixation in the post on “Brain Freeze.” But it’s more than “if” there’s an emergency, “then” exit the plane. As the announcement pointed out, it’s the details of “what-if” you can’t get out as planned that the dangers lurk in this critical task.

It’s not just passengers – pilots can succumb to the same kinds of “plunge forward” fixations also. Two aviation examples that highlight the “nearest exit” mentality come to mind. One was a huge success of going against the flow to the exit behind you and the other a tragic example of surging forward with the rest of the crowd. Think back to the heroic pilot of US Air flight 1549, Chesley Sullenberger, and his solution to his sudden engine shutdown. After his two engines flared out and he declared an emergency, the KLGA departure controller offered several “forward exit” options to two beautiful long runways right there in front of his crippled airplane. In the CVR at 1528:46 the controller offered runway 4 at LGA. The captain responded, “I’m not sure we can make any runway. Uh, what’s in front of us over to our right, anything in New Jersey, maybe Teterboro?” The controller replied, “OK yeah, off your right side is Teterboro Airport [TEB]...runway 1.” A few seconds later the controller also offered runway 31 and stated that it was going to be “left traffic for runway three one.” Only a moment later the captain responded, “Unable.” He turned down two tempting options to surge forward and try to get to one of those long straight runways he was looking at right in front of him and successfully ditched in the Hudson River.

Numerous ASI forums and articles talk about trying to defy physics, stretch your glide and make that “impossible turn” back to the door you entered through. Mr. Scott of old Star Trek fame liked to say in his deep Scottish brogue to Captain Kirk’s frequent unreasonable requests, “I can’t do it, Captain, ya canna’ change the laws of physics.” How true. Just as true is that you can’t change the laws of human nature. Getting fixated on exiting the front of an airplane in an emergency clearly fits this definition. Not getting fixated on trying to alter the laws of physics and gliding to a runway out of reach is a great example of resisting that same temptation.

The other incident, getting caught up in the mad scramble forward, turned into an incredible tragedy. It happened a while ago right near my home airport involving the same plane I fly in a crash that took the lives of 5 people. The pilot was a man I knew and was killed along with his son, who went to school with my daughter and sat next to her in a number of classes. Tragically, his wife and another adult and his child were also on board. The accident was caused by a fracture in one of the fuel lines that led to an engine fire. The final NTSB report describes that the pilot reported the fire more than 7 minutes before the radar signal was lost and the actual crash occurred. If you are piloting a single-engine airplane and the engine catches fire you have climbed up a decision tree with no branches, and my emergency checklist is pretty short: shut off the fuel, shut down the engine and land – anywhere. The ATC transcript shows that he was trying to get back to our home airport while on fire. The tragedy is almost unthinkable and I would never try to second-guess another experienced pilot in a dire emergency. But there seems to have been an opportunity to avoid disaster by going against the forward crush.

The plane was over the Everglades just west of Ft. Lauderdale when the fire started. I know the air space well; it’s just swamp with a number of low-traffic roads that are suitable and safe as emergency landing strips. One of those roads that would be perfect for the potentially life-saving landing option is Florida Highway #27. That’s a 4-lane rural highway that has almost no traffic, it’s arrow straight, and runs from the Florida Keys all the way to the Georgia border. When I practice my emergency maneuvers and engine out scenarios I always do it over that road and line up for practice power off landings right over the same spot. I think the pilot was so fixated on getting back to the airport that he didn’t see this obvious option, that exit “behind him.” He was about 15 minutes from the airport, more than twice the length of time he stayed in the air while on fire, but he was fixated on getting back through the front door he had entered.

As the airlines seem to know, the solution to overcome our own human nature is not simple. Shedding some light on this problem is a great review in the British journal “Anaesthesia“ that describes a study in two groups of people challenged with a thought problem requiring an out-of-the-box solution. The authors point out that without thinking outside the box, “The obvious path leads to fixation.” They go on to comment, “The solution may be right there in the environment, but the problem solver needs to be aware of it.” Just like being reminded that the best way out may be going backwards off the plane. The study goes on to say that, “As the information becomes more and more obvious, people are more likely to make use of it and provide themselves with an effective solution.” Knowing what to do is different from knowing how to do it, that “if-then” vs. “what-if” conundrum. They go on to say, “Opportunities that arise in our environment should be exploited to our advantage, and sometimes mere trial and error can be an effective strategy, so long as we learn from those trials and errors.” The taco chip trial of trying to get a bag in the overhead bin behind you is the failed trial; the lesson to learn from it is how to change your strategy in an emergency. The study concludes, “Sometimes, the answer is staring us in the face, but we need to detect the subtle cues in our environment to find it.” That would explain why the airlines need to make that exit announcement reminding us to think outside the box.

The take-away from all of this is that recognizing that something isn’t working is not enough; you have to come up with the correct alternative. A basic principle of Crew Resource Management (CRM) is to make use of all available resources in your airplane and your surroundings to arrive at the correct answer to a problem. That might be a long lonely road right under your burning airplane, the river under your 165,000-pound glider, or the exit a few rows behind you. In a real aviation emergency, you don’t have the luxury of much time to think about all that. Search your environment ahead of time to make those “what-if” plans and then in a true emergency your only task is to concentrate on executing your exit strategy. Next month we’ll talk in a little more detail on how to enable yourself to find the right answers in your environment. Think outside the box and fly safe!