Over the last few months we’ve been talking about errors that happen by becoming careless and getting lulled into complacency about safety in the airplane. 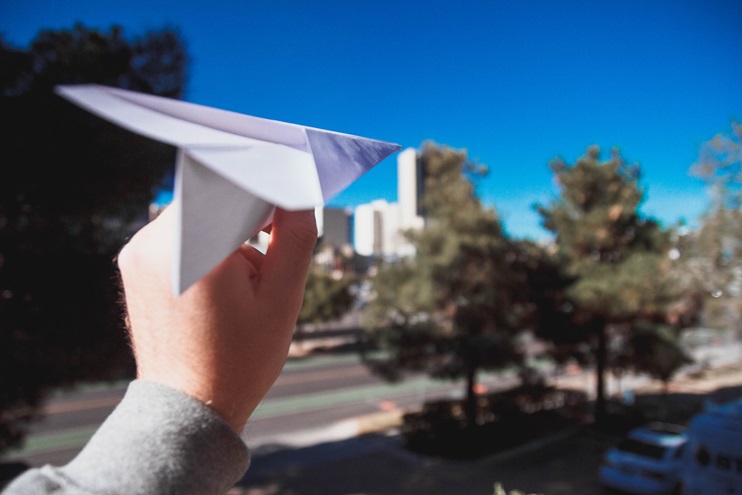 We covered a couple of the reasons for these types of mistakes but in the end, the root cause is usually similar. It has to do with not carefully observing things; we look at what’s right in front of us but don’t truly see it. Maybe it’s all the distractions we face in these crazy times, but still we set ourselves up for a real disaster when the images in front of us bounce off our eyeballs without getting all the way into our brains to process the information they contain.

I’ve commented before on my fascination with the king of looking and seeing everything, Sherlock Holmes, the famous detective who solves mysteries by paying really close attention to all the details of what he sees. Time and time again, Holmes proves that some things that are pretty obvious can hide right out in the open and you can look right through them if you don’t carefully look for them. His sidekick, Dr. Watson, recounts one such occasion with Sherlock in the case of “The Red-Headed League.” As they sized up their visitor, Jabez Wilson, Watson recalled, “I looked over our guest but didn’t gain much from my inspection. Holmes shook his head with a smile as he noticed my questioning glances. ‘Beyond the obvious facts that he has at some time done manual labor, that he takes snuff, that he is a Freemason, that he has been in China, and that he has done a considerable amount of writing lately, I can deduce nothing.’” Watson lamented, “Here I had heard what he had heard, I had seen what he had seen and yet it was evident that Holmes saw clearly not only what had happened, but what was about to happen.” Jabez Wilson was stumped too, “How, in the name of good fortune, did you know all that, Mr. Holmes?”

Jabez and Watson are spot on, how does he do that all the time? It’s really not that hard. Sherlock is the poster child for seeing with his brain, not merely looking with his eyes, and pilots can learn a lot about aviation safety from him. First, Holmes shows us how important it is to actively concentrate as you look around and pay close attention to all the subtle clues that can be found. It’s easy to be dulled into complacency and just give a cursory “glance” at the same old stuff that crosses our paths day after day and then miss the little things that are the telltale sign that something is wrong. When the cargo pilot in the Air France 777 looked at the FMS but didn’t see the error in takeoff weight in the example last month he made exactly this kind of mistake. It’s the type of error that occurs with rote, automatic performance of routine tasks that results from lack of attention or just plain boredom. By studying how Sherlock had mastered his keen sense of observation, we can find ways to combat these risks and fight off mistakes during times of boredom and complacency that pilots also need to master to stay safe.

For a start, the FAA and human factors experts recommend saying things out loud, not just thinking about what you’re looking at. The active thought process that is needed to form coherent, complete sentences forces your brain to think through each aspect of the situation in detail. This really helps to identify all those subtle clues that point to a potential problem and also to formalize a solution. When we just think about things without saying anything out loud we tend to slur our thoughts and we end up with ideas that are less precise, less exact, and just plain sloppy. That’s what’s going on in our heads when our eyes are “looking” without our brain “seeing.” Take Sherlock Holmes’ vs. Dr. Watson’s assessment of Mr. Wilson as a perfect example. Watson gave a simple once-over of their guest but Sherlock started at the top of his head and out loud in a methodical way observed and commented about each detail all the way to the bottom of Wilson’s feet detailing exactly what he saw and coming up with logical explanations.

Holmes’ method of observation by studying things in a methodical order brings up another way you can fight off the risks of careless mistakes. Copy his habit of forming an actual, physical systematic process to guide your own observations. That’s a great way to avoid cursory, sloppy glances that miss important details. A simple thing we can all do in the cockpit was drilled into me by one of my first flight instructors, who told me about the “question mark scan.” The scan is exactly as the words imply and is a way to improve your observation skills by running your hand over the panel in the shape of a question mark, touching each dial and display on the panel. Make your eyes follow your hand around the cockpit so you really see each instrument and indicator on the flight deck. Do your instrument scan in the same physical order every time, starting with the switch panel above your head and tracing with your hand to the center stack and then down to the power and gear levers. Point to each group and say out loud what it is that they are showing you and what position each switch is set to. Your scan ends up in the shape of a question mark, starting at the top left side of the overhead panel, continuing on across the top of the wind screen and then down the center navigation console to the flight and engine controls.

By physically touching each group of instruments and forcing myself to say out loud what every switch and lever is telling me, I know that I have observed and thought carefully about the details. It’s the way I avoid potential mistakes like taking off with the flaps retracted or incorrect power settings, or even worse, landing with the landing gear still stowed in the wings. Instrument scans should be done this way every few minutes during the flight, especially on autopilot at altitude when boredom really sets in.

I teach my residents the same method to look at routine chest X-rays on our post-op patients. I start at the top and make them trace all the images in the same order and tell me out loud what they see. It works, it’s reproducible, and we don’t miss anything that’s wrong or a subtle abnormality that might get bigger and end up hurting a patient later on. This safety principle of active concentration and verbalization works as well with patients as it does in the cockpit. Call out what you see and force your brain to assign a value judgment if there is a change or something you have found that’s even a little off.

Risks of these types of concentration errors might well be increasing in our current age of distraction from information and sensory overload, so practice these habits to prevent it from happening to you. This will avoid the famous lament we all have after we mess something up: “What was I thinking?” The fact is you weren’t thinking, but just letting obvious images bounce off your eyeballs without getting into your head. Work on your skills of active concentration, practice them by forcing yourself to form the words that formalize your thoughts, and say out loud what your eyes are looking at to be sure that your brain is seeing them. Make this little maneuver part of your cockpit routine, fly safe, and pass these safety skills on to the next generation of pilots. It’s an important lesson that I didn’t learn well from my first instructor and had to relearn the hard way. Next month I’ll tell the story and confess about a time I didn’t do this that had costly consequences.