Resources That Little Voice and the Curse of Cassandra

That Little Voice and the Curse of Cassandra

Last month we talked about a few out-of-the-box solutions to aviation emergencies like going behind you to the nearest exit to get off a plane in case of an evacuation. 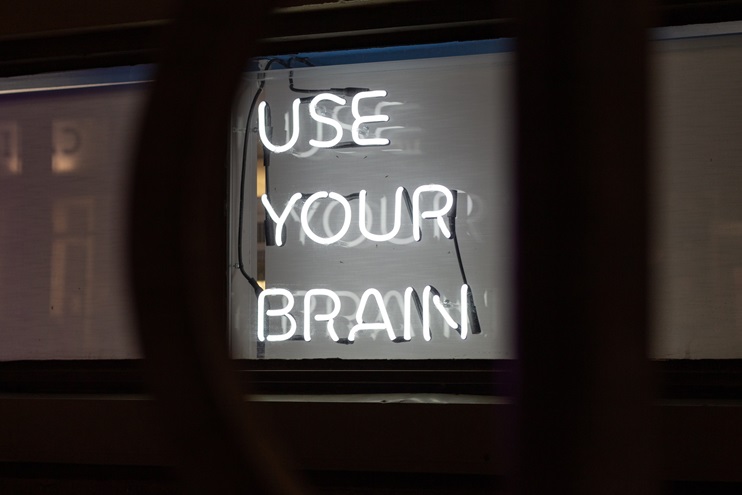 I also made a comment about some of the old principles of Crew Resource Management (CRM) that all of us were raised on in our pilot training and follow-up flight reviews. CRM training was initiated after two tragedies; one was the 747s that collided at Tenerife in the Canary Islands. The other was United Airlines Flight 173, that famous Denver to Portland flight where the approach was complicated by only two green lights on the landing gear annunciator panel. The flight engineer sitting behind the pilots was trying to get the two pilots up front to realize that there just wasn’t enough fuel to keep circling the airport, but they either totally ignored him or just wouldn’t believe his information.

It’s a lot like the legend of poor Cassandra. Cassandra was a beautiful, young Trojan priestess in Greek mythology who was very much admired by Apollo. To win her favors he gave her the precious gift of the ability to see the future, but after receiving it, she went back on her word and refused him. That really got old Apollo mad but he couldn’t take her divine power away after he had given it to her so he added a curse. Although she would be able to see the future, she was forever burdened by the curse that nobody would believe her prophecies. Her predictions of the future were completely accurate but everyone ignored her. Just like the UA flight engineer who certainly had an accurate prediction of the very near future of his flight – it was going to be short and violent – but nobody else on the flight deck would believe him.

Critical safety information for your complete CRM and Situation Awareness (SA) picture not only comes from sources like the UA 173 engineer, or from your environment like the examples last month, it also comes from that little voice in the back of your head. But hearing it and not subjecting your own inner voice to the curse of Cassandra by disregarding its advice requires you to enable the conversation. That little voice (can we anoint it “TLV” so I don’t have to keep typing all these letters?) is the sum total of all your experience, knowledge and senses stored in your brain. It’s your Situational Awareness (SA); just add in a little imagination and you get the total CRM picture like we talked about in the article a while back on the Apollo 1 tragedy. So what exactly is TLV, where does it come from and how is it filled with so much information and insight? It would be fascinating to see how our heads are wired so that we can talk to ourselves with such perception and wisdom.

Neuroscientists have been wrestling with this for a while. Although their study was pretty complex, we can get a few answers from an article by two Finnish investigators, Tuukka Raij and Tapani Riekki, in a recent issue of Clinical NeuroImage. They used my favorite brain scan image, functional-MRI, to get some clues as to where TLV originates in our head and how it can whisper to us in critical situations. Their theory starts with an observation they call the “inner speech hypothesis.” They postulate that “human adaptive capacity,” fancy words for that ability to think outside the box like the subjects in the study last month, relies in part on the ability to simulate the outside world, again using your imagination, and describe it in your own “inner speech” words. Then using real-time f-MRI imaging, they were able to find the areas of the brain where we generate TLV that we use to put problems into those “inner words” and go on to solve them.

I would have thought the areas that did this would be the same parts of the brain we use for regular speech. The investigators found that’s not so. Since TLV just whispers inside our heads and we don’t say anything out loud we don’t need to use the usual speech areas. That “little voice” is actually generated by parts of the brain that carry out much more complex functions located in the cortex of the brain. This is the place that combines imagination with images and perceptions of the outside world that make the “big picture.” Their study tells us that forming words for our inner voice involves the part of the brain we use to see, feel and sense what’s going on around us. Maybe we could stretch the analogy a bit and say it’s where our total Situational Awareness (SA) and CRM pictures are formulated. This makes a lot of sense if you think about it, and as I said in the paragraph above, TLV is the sum of all our experience, knowledge and senses. No wonder it contains so much wisdom.

It doesn’t end there, as Drs. Raij and Riekki uncovered some more fascinating information. There is another part of the brain that lights up like a Christmas tree with nerve activity when the little voice starts talking to us, and it is called the “supplementary motor area” (SMA). The supplementary motor area is another spot in the brain cortex and it’s where we generate an awareness and intention to take physical, muscle-driven action. This means that their healthy test subjects hearing TLV also received actual physical instructions of what they’re supposed to do with their perceptions of the surrounding world. TLV is not only telling us what to do, it’s directing definite actions we need to take to do it. The voice inside our heads is both solving for us the “if-then” conundrum we talked about last month, and it’s also guiding us physically to the “what-if” solution. Captain Chesley Sullenberger of US Air flight 1549 listened to his little voice, let it drive his actions to ditch his crippled jet in the river right under him, saving all on board rather than try to defy physics and get back to a runway. In not listening to his little voice, my friend tried to do the impossible, fly a burning airplane back to the airport. No one on his crippled plane survived.

This brings us full circle back to where we left off last month when we speculated one of the answers to why the safety announcement on commercial carriers is set up the way it is. That is to build your Situational Awareness picture, remind you what’s in the cabin environment, that the closest door may be behind you. It seems that the second answer to the question comes from this Finnish neurology study. Along with SA, the commercial carrier’s safety announcement is also loading CRM information into your head and telling TLV what to whisper to you so you can safely exit the airplane in an emergency. Kind of like my pal Doug Downey at the end of the runway in Bandit 650 daring his jet to fail, the announcement is a dress rehearsal for your little voice all packaged up with “what if” there’s an emergency and “if then” how to take the physical steps to go behind you to the nearest, quickest exit to make a safe escape. This is great stuff; our brains are pre-wired with crucial safety skills and like in the examples last month, these are skills we can certainly use in the cockpit as well as the cabin.

A lot of smart people have had some good advice about avoiding Cassandra’s curse and enabling that little voice to guide you to safety. One of the world’s most brilliant computer experts and inventors, Steve Jobs, told the graduating class from Stanford University a while back how to go against the forward surging crowd to the exit behind you. He said, “Don’t let the noise of others’ opinions drown out your own inner voice.” Famous child psychiatrist and author Dr. Benjamin Spock said it even more succinctly: “Trust yourself, you know more than you think you do.” It looks like old Dr. Spock knew some SA and Crew Resource Management lessons too; one of those resources you have to manage is TLV. To do that you have to hear it and not subject your own little voice with its words of wisdom, problem solutions and predictions of the near future to the dreaded Curse of Cassandra.