The Latin word generator arose in the seventeenth century and means a person who causes something to happen; its first reference to a machine to produce electricity was in 1879. 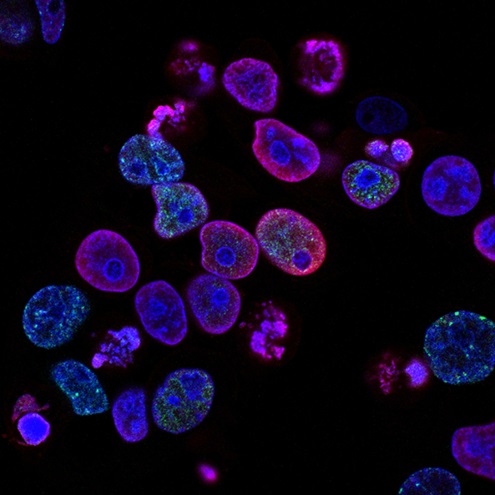 Generators may be found on aircraft, powered by the engine, APU, hydraulic motors or ram air. Aircraft generate lift from thrust and the shape of their wings. These are all factual, tangible statements you can touch and rely on; they are not merely belief systems. If you discovered that part of the airplane you fly was old or broken, you would replace it. We all know those witty maintenance ripostes: Defect: Whining sound heard on engine shutdown. Action: Pilot removed from aircraft. What if I told you by rubbing on some magical substance the squawk you reported would disappear and a brand-new functional part would appear? You would likely call for the men in white coats to remove this man in a white coat!

My inspiration to take you on this journey is a rash of radio advertisements I have been hearing, offering people all types of regenerative medical therapies for every ailment under the sun. Sore joints, arthritis and, what I talked about last time out, rotator cuff damage to the shoulder (https://pilot-protection-services.aopa.org/news/2022/july/01/rotate), and referenced that regenerative medical solutions may be helpful here. I think it would be beneficial for pilots to understand a wee bit more about the subject before potentially subjecting themselves to such treatments that are now widely available. And sometimes inappropriately so. As always, please discuss your specific situation with your doctor and always consider the aeromedical implications of any trauma or disease that is causing you distress.

Our bodies contain trillions of cells. Groupings of cells which perform similar functions are called tissues (epithelial, connective, muscle and nervous). Sometimes there are subdivisions – the muscles found in your arm and leg are striped or striated and that in the wall of the gut is smooth. Connective tissues can form tendons or cartilage, which again have subtypes. In turn, organs such as the brain, kidney, and heart are formed of several different tissues and then various organs join up as systems such as the musculoskeletal (muscles, tendons, ligaments, bones, cartilage). This nomenclature of course has parallels in aviation – radios have multiple components and in turn form part of the communication assets on board.

When disease or trauma cause damage, we experience symptoms such as discomfort and impaired function; a ripped rotator cuff will prevent one from raising the arm and induce sharp pain, a cirrhotic liver will not metabolize properly, and general health will suffer.  Some parts of the body, like the liver or a fractured bone, might regenerate or self-repair to some degree; others, like the nervous system, are not so capable.

The goal of modern medicine is to reduce symptoms, restore function, and for the therapy at hand to do minimal damage – we call that primum non nocere, the principal laid down by Hippocrates meaning “firstly do no harm.”

Early efforts to add new tissue to another mammal took place in the 1600s, when blood transfusions between dogs were attempted, and the first human transfusion occurred in 1818 by James Blundell, and then in 1954 the first kidney transplant was performed.

Regenerative medicine is the concept of creating techniques and tools to return damaged tissues to a normal appearance and behavior. This new approach can be characterized in several ways, but I like this one:

Regenerative Medicine is an emerging interdisciplinary field of research and clinical applications focused on the repair, replacement or regeneration of cells, tissues or organs to restore impaired function resulting from any cause, including congenital defects, disease, trauma and aging. It uses a combination of several technological approaches that moves it beyond traditional transplantation and replacement therapies. These approaches may include, but are not limited to, the use of soluble molecules, gene therapy, stem cell transplantation, tissue engineering and the reprogramming of cell and tissue types (Greenwood HL, Thorsteinsdottir H, Perry G, Renihan J, Singer PA, Daar AS: Regenerative medicine: new opportunities for developing countries. Int. J. Biotechnol. 8(1–2), 60–77 (2006).

Sometimes several approaches are chosen together, as will be clear below.

1. Molecular Therapies
These may come from our own body such as fat, whole blood or parts of our blood (e.g., platelet rich plasma, PRP) or chemicals such as carbohydrates and proteins. Their goal is to accelerate healing; for instance, blood or PRP contains numerous substances involved in natural healing, so the rationale is that by delivering this to the site of damage, human tissues might be stimulated to repair.

2. Gene Therapies
Genes are parts of the code that leads to our individual make-up, a blueprint if you will, just as the plans to build a Cessna 172 are different than a Piper Cub. There are some similarities but also important variations, and so it is with our genes. In many diseases, there is an error in a gene that might be corrected by adding it to the patient by a variety of techniques. Thus far, although you may have read a great deal of hype in the media, it has limited uses, but there is much enthusiasm in research circles to address heart disease, cancer and diabetes by replacing missing or malfunctioning genes.

3. Cellular Therapies
As explained, there are many highly specialized cells in the body that cooperate in a highly organized manner – think of coordinated turns! That all these 37,000,000,000,000 cells originate from just two cells, a sperm and an egg, is awe-inspiring. When egg and sperm fuse to start the divisional process that leads to a new human being, early on, cells possess the ability to go in several directions and become different things when they grow up, so-called stem cells. Such cells may be retrieved from several donor sources such as blood from the umbilical cord and a layer of the placenta called the amnion. These have already been deployed for a number of conditions.

However, adults have their own stem cells, admittedly less potent and in fewer numbers than the sources above in most tissues, most commonly in bone marrow or abdominal fat. Use of one’s own stem cells is said to be autologous or is known as an allograft, whereas if the donation comes from a human source that has been matched to be somewhat similar it is known as a homograft.

Stem cells are placed at the relevant anatomical location in the recipient, or within or adjacent to a scaffold (see below).

4. Tissue Engineering
Aircraft wings have spars, ribs and stringers – components that act as a skeleton or scaffold to which coverings are fixed. In this regenerative medicine approach, scaffolds that are compatible with the human body are positioned where new tissue is needed. These scaffolds are made of a range of substances – skin or other tissue from donors, processed tendons or part of the gut from various animals, even crushed and specially treated crustacean shells. Some may include special chemicals or contain or attract stem cells.

5. Others
Other prostheses implanted into the body may facilitate functional and symptomatic improvement such as artificial hips, knees and other joints made of titanium alloys, ceramics and ultra-high molecular weight polyethylene. Other examples are vascular grafts fashioned from expanded polytetrafluoroethylene (PTFE or GoreTex™) or Dacron and metal stents and patches to repair hernias or blood vessels made from a variety of petroleum-based chemicals, PTFE or others.

As noted above, although this is an area that may be the way of the future, and for some cases it is certainly the right thing to do, most surgeons would not dream of repairing a groin hernia without a graft, and treatment of blood vessel diseases has been radically changed by graft availability. The problem with rapid advances in medicine is that sometimes the data cannot keep up with the excitement and patient demand, so it is critically important that people not be swept up by misplaced enthusiasm.

If your knees, hips, back or shoulders ache, see your doctor, seek a diagnosis, explore the options, and if regenerative medicine is suggested, check out what has been sanctioned by the FDA, whether insurance covers it, and what the published information states. For one thing, you certainly do not want to embark on a treatment course that could lead to issues with your airman medical certification. Nor do you want to have a treatment that is not the best available.

Flying well requires remaining well educated about the slightest nuances that can affect your survival in the aircraft. Being well in your daily life is no different.

You can send your questions and comments to Dr. Sackier via email: [email protected] and listen to his weekly podcasts at:
https://www.emjreviews.com/type/podcasts/?page_from=1&page_to=3